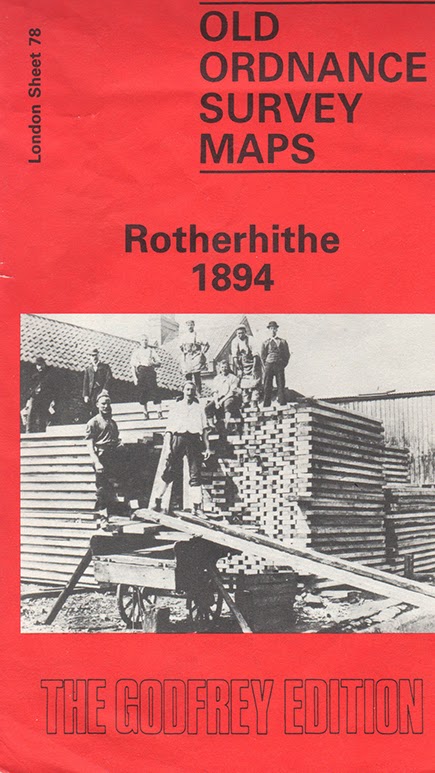 Together the three Rotherhithe sheets, at a scale of approximately 1:4340 (or about 15 inches to a mile), show how the are evolved over this period of time, with all the foreshore wharves and dry docks around the perimeter of the peninsula, the docks in the middle and other commercial building and housing between the two.  Dock offices, industrial works and churches are all marked, and road names are clearly shown.  From one map to the next you can see how things changed, and how various features were sacrificed to make way for dock expansion and the establishment of new facilities, such as St Olave's Infirmary.  Curiously, the detail is slightly different from one year to the next, with the 1968map, for example, being far more helpful for identifying the buildings and businesses that ran around the Thames banks.

On the reverse side of each of the maps are some other useful features.  Brilliantly, they each have a road gazetteer to tell you which businesses or individuals occupied which number of each road.  So on the 1894 map, for example, 19 Rotherhithe Street was Platform Wharf and was  the premises of Groves, Ths. and Sons Wharfingers, whilst 238 Cope Street was occupied by one Eaddy Isaac, lighterman, who lived next door to Oliver John, plumber.

Also on the reverse side is a short history of Rotherhithe during each of the years, and there is some useful knowledge in these short pieces that doesn't appear in other local histories of the area.

A schematic on the maps available is also produced, so that if you want to order maps of the surrounding areas as well, you can see very easily which sheet number you will need to acquire.

If you are interested in the local history of the area, I most sincerely recommend these maps.  Mine are so well used that they look as though they have been mauled. 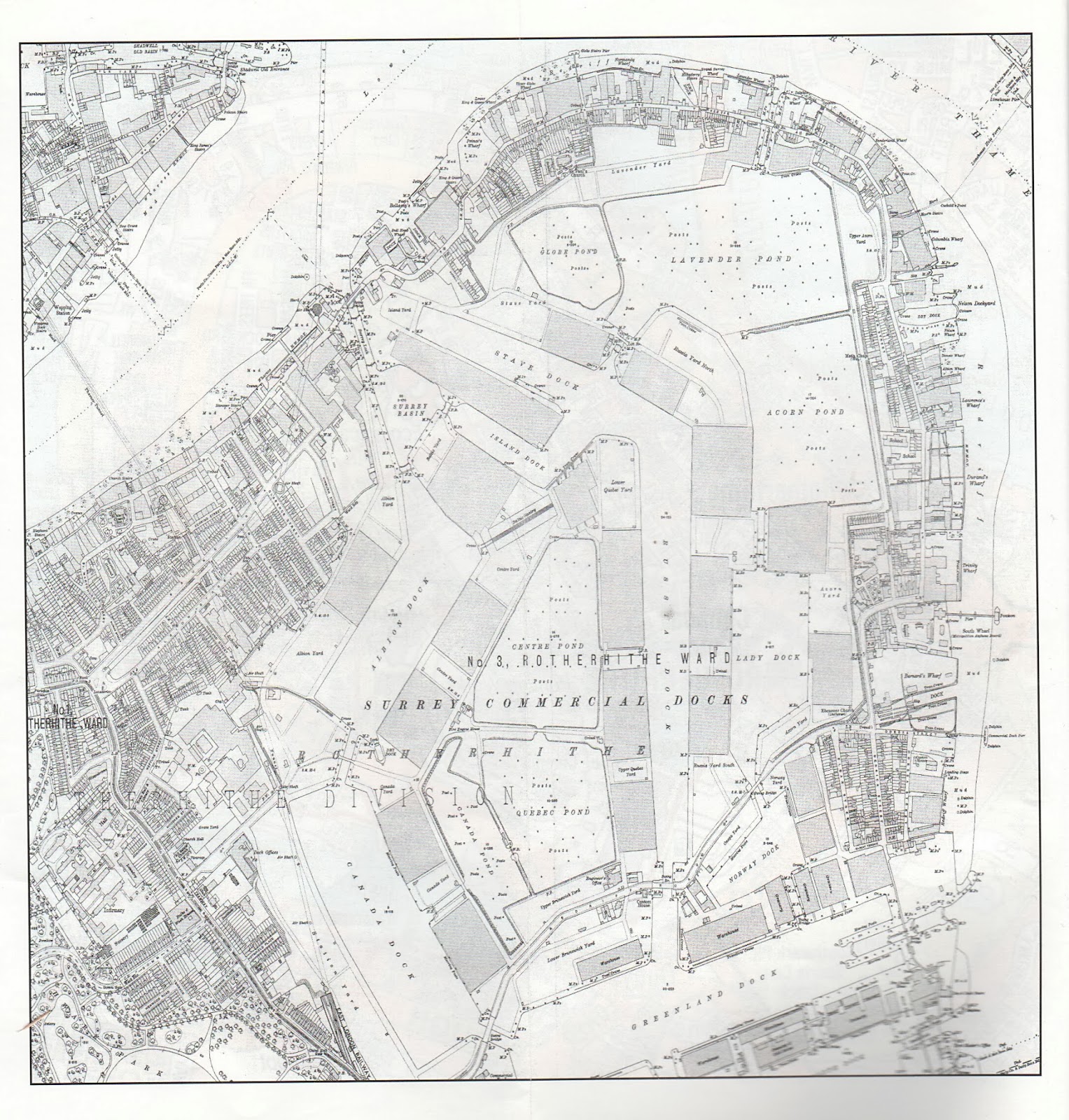