A great night at the Docklands History Group 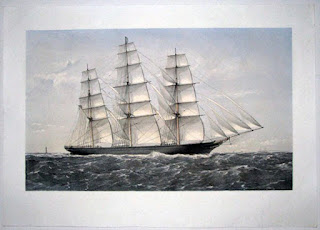 Enormous thanks to the Docklands History Group (www.docklandshistorygroup.org.uk) for inviting me to speak tonight at the Museum of London Docklands. My subject was the last days of clipper ships and the end of shipbuilding on the Thames.

What a wonderful set of people! I was very nervous about being an amateur on the subject amongst people with serious expertise in this field, but they were so nice and welcoming and I had a really good time. As I have a real fear of public speaking, which has been hard to conquer, the fact that I enjoyed myself is really saying something. Super, super people.


If you are interested in the history of the maritime London, you might be interested in this group, which meets on the first Wednesday of every month, with each lecture lasting approximately an hour. You might also want to check out group member Peter Stone's new book "The History of the Port of London: A Vast Emporium of All Nations."

Great news that now that the Port of London Study Group has decided to change venues for their weekly meetings they are going to be based at Canada Water library.

The group was established to share the experience of exploring the history, heritage and archaeology of the port of London in a self-directed, special interest group which meets every Monday at 11am-1pm, except in the summer when guided walks and visits are arranged.


Topics covered include the growth and pattern of London’s trade and associated industries, the building and operation of the docks and wharves, the vessels using the port, dockland communities and industrial relations, and the movement of people into and out of the port. Within this framework, members are free to explore topics of their individual choice.

During the spring and winter they focus on presentations and during the early summer they take advantage of the better weather to organize the guided walks and day trips.  This mixture of approaches allows them to engage in research and share diverse interests and knowledge in a friendly and supportive environment.  Write-ups of presentations, guided walks and visits are on the News page.

If you are interested in joining the group, you can see some of their research interests in the titles of the presentations, walks and visits on the Programmes page.  For example, upcoming, on the Monday 10th July, group member Sue Littledale is leading a walk that begins in Rotherhithe: "Surrey Docks, Grand Surrey Canal and the Deptford Victualling Yard."

Artist and printmaker John McGowan has been sending me photographs of his prints for years, and they are truly evocative, showing a new way of looking at old photographs of Rotherhithe or old features preserved in modern Rotherhithe.  He has been planning an exhibition of his work for some time and has now finalized a venue and a date, shown below.  There is also a video showing him at work, which is very well worth watching at: 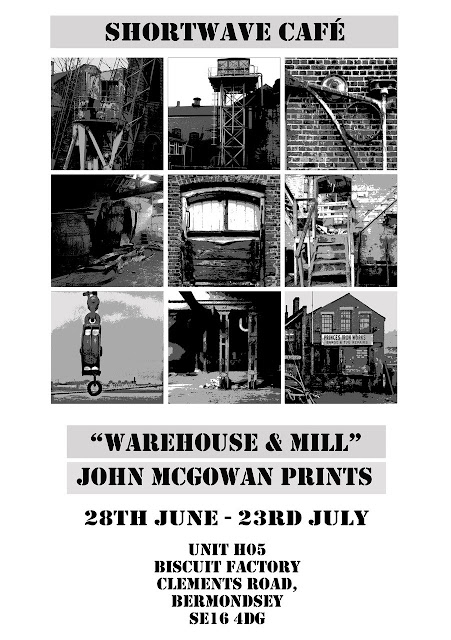 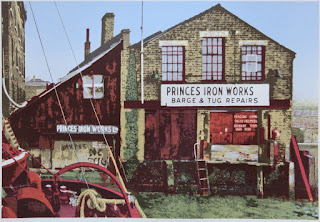 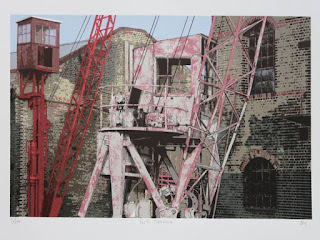 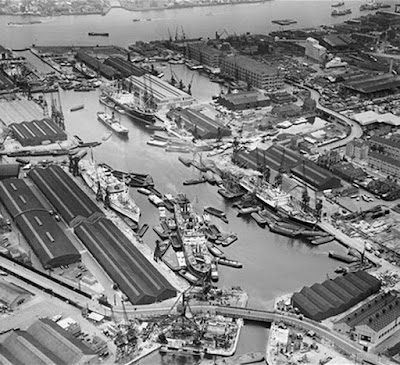 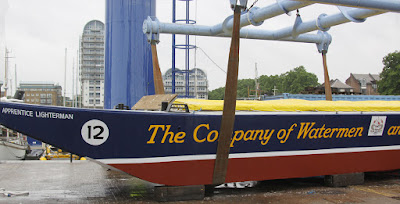 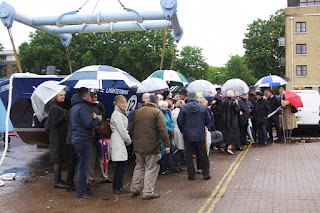 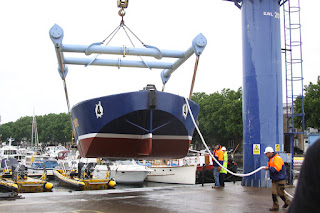 Photographs of the Lavender Pump house from the Enthusiastic Gardener blog

A lovely collection of photographs on the Enthusiastic Gardener blog showing Lavender Pump house and its surroundings at their summer best.  Great to see it all looking so great, but a shame that the woodwork is still being allowed to decay so badly.
https://enthusiasticgardener.com/2017/05/29/lavender-pond-nature-reserve/ 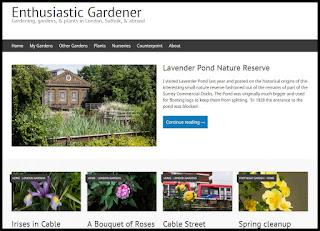