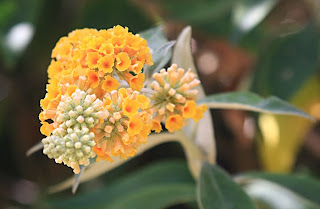 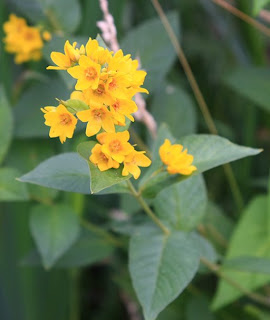 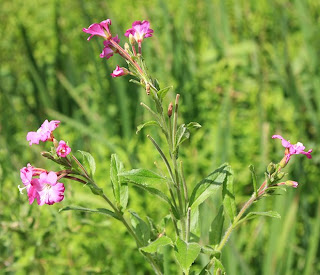 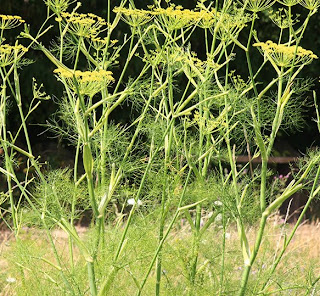 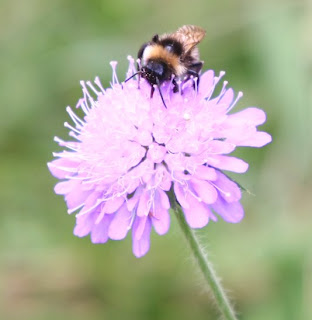 Scabious
Still working on which one 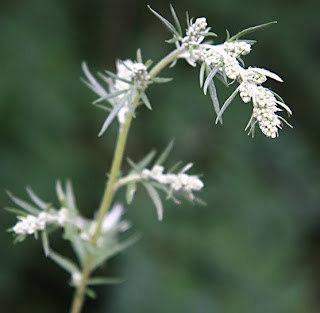 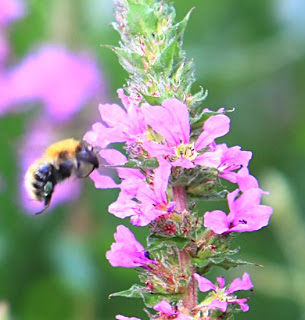 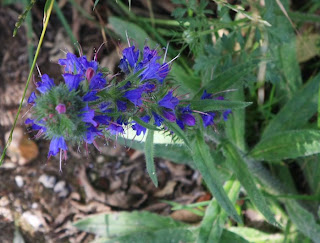 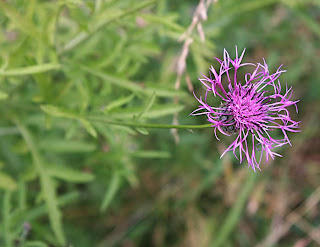 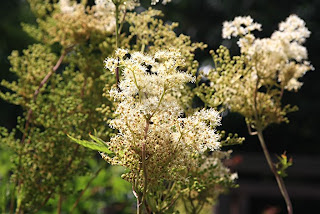 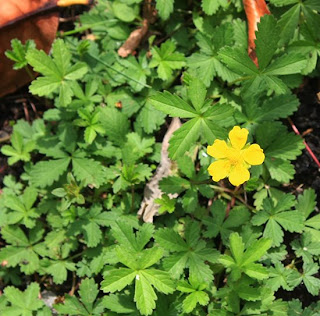 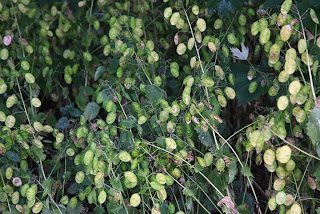 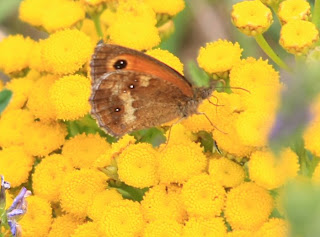 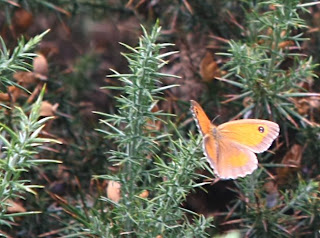 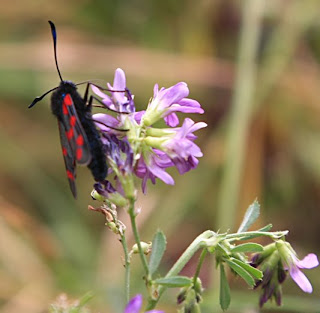 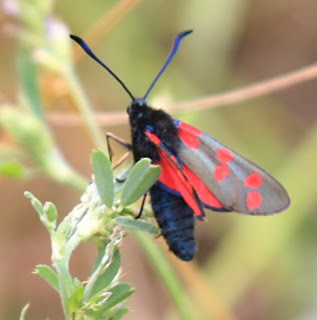 For some stunning photographs of the Burnets see
Les's most recent post. Lovely! 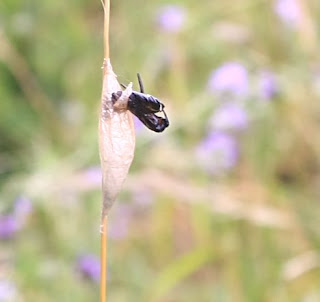 The remains of a Burnet's pupae

Some of the insects from yesterday 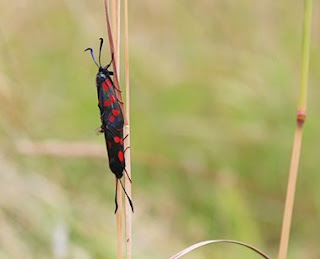 Six Spot Burnets
Zygaena filipendulae
Day-flying moths. They look amazing in flight.
There were dozens of them in the area behind the windmill 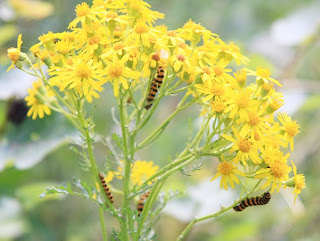 Throughout the Woodland and Stave Hill Ecological Park these flowers,
Common Ragwort (Senecio jacobaea), were covered with the same type of caterpillars.
They look like the larvae of the Cinnabar Moth (Tyria jacobaeae), which will be
one to look out for later in the year.
Senecio means an old man, and refers to the grey hairy seed pappus. I believe
that the jacobaea part refers to St James, but I have no idea why! 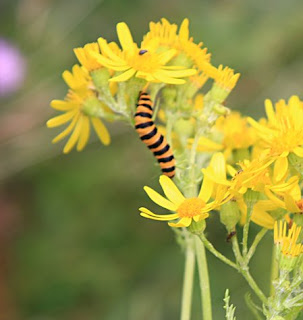 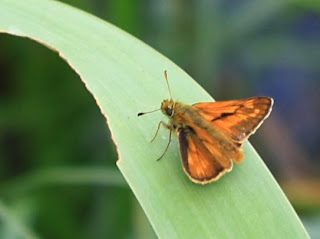 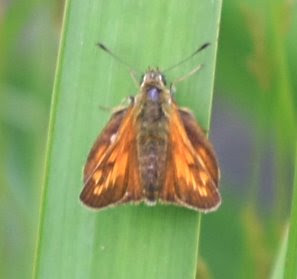 This is a very blurred photo but I am guessing that it is the
female of the same species, on the basis of photos in my insect books.
Posted by Andie at 07:20 No comments:

A month and a half later and things have changed 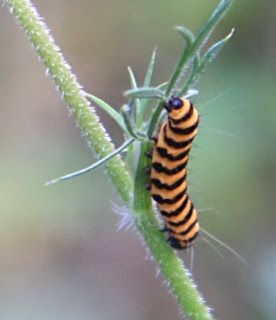 The last time I was in the Woodland and Ecological Park was six weeks ago. It seems amazing that life could have been so crazy that I simply didn't manage to cross the road at some point. I suppose that the upside of missing so much of the parks in the summer is that I saw an awful lot of the north Welsh scenery, which has been marvellous.
Les's blog has continued to be a complete marvel. Every time I look at his blog I think that I really ought to take out my macro lens, although I'm not convinced that I could get the same stunning results. Today I had the 24-85mm lens because I wasn't sure what I was going to find when I got there, and that seemed like the most versatile. I was there at 1420 and stayed for well over an hour, with the sun alternately bright and hot, or hidden behind the passing clouds. The Woodland was full of people, with lots of people sunbathing around the green, walking along the paths and feeding the ducks. It was a nice atmosphere. 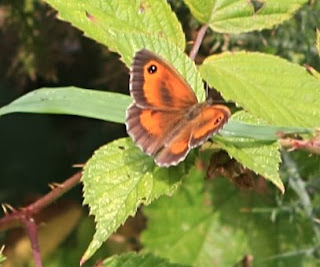 There has been a lot of change! No more roses or yellow flag irises, and all the white garlic mustard and purple honesty have gone to seed, producing short forests of green disks. There is a riot of colours from newly flowering plants - yellows, pinks, blues, whites and purples.

I was overjoyed to hear the grasshoppers that I've been seeing in Les's photographs. They really do provide a song for the summer. The insect life was out in force. A 6-spot burnet flew straight into my face, which startled me so much that I nearly bottled out of approaching them with the camera, but in the end I took several photos. The only butterflies that I saw were gatekeepers but there were lots of these. A mystery butterfly or moth needs Les's experienced eye to judge, but it looked most attractive sitting on a long leaf overhanging the Stave Hill pond, with a bright blue damselfly hovering immediately below - I'll post a photo of it tomorrow. 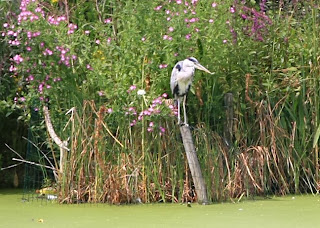 I saw very little in the way of animal or bird life. No foxes or squirrels were visible. There were lots of mallards, a few coots and a single heron on Globe Pond.

It is nice to see the foliage recovering in key areas of Stave Hill Ecological Park. The butterfly sanctuary is recovering nicely, the areas in front of and behind the windmill proved to be excellent for flower and insect spotting. There's a new area in the ecological park behind the ivy wall, which has been dug out and now contains water. There is also a stone marker of some sort on the top of the mound which sits above it. I have no idea what that is all about. The mound and has been fenced off now, and the path diverted around it. There were no radical changes to the Russia Dock Woodland but it was nice to see that all the ponds were full of water and that all the water plants are thriving fabulously.

There will be more photographs from today during the week to come. 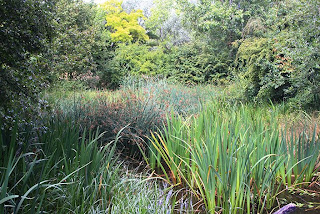 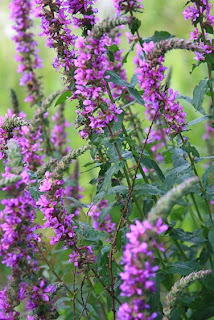