Birds, bees and a rather trendy caterpillar 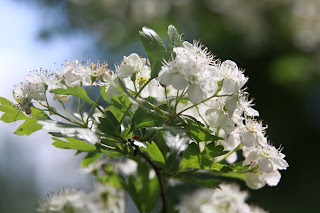 I went to meet Steve Cornish to talk about the reed warblers currently nesting in Downtown Pond, and to look at some of the recent work being carried out at the Russia Dock Woodland. The RDW is looking good, with water flowing well, lots of Yellow Flag irises in full flower, hundreds of damsel flies, and lots of pale pink dog roses scattered around. After we had failed to see the warbler (but saw a spotted woodpecker) we walked to the Stave Hill Ecological Park compound.
The Stave Hill compound is looking excellent with a vast and elegant wooden insect city sitting on a base of pebbles, water and apline flowers. But although these were great features the star attraction turned out to be some bee hives that I didn't know existed, complete with their handler Craig. The hives, which Craig makes himself, were quite unlike any hives that I have seen before, and I had thought were compost bins. Likewise Craig, in a business suit and bare-headed, did not fit my 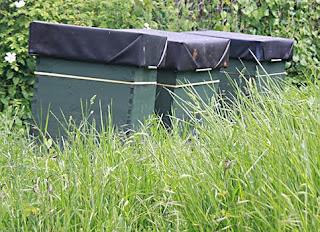 preconception of a beekeeper (which involved strange hats and a lot of netting). We went over to him as he opened up the hives to look for the Queen, pulling out frames covered in bees to locate her. The bees carried on working regardless, apparently unconcerned about their world being rearranged. I asked a lot of probably very silly questions and received some fascinating answers. Queen bees (we saw one) can live as long as eight years, whereas worker bees during the busy summer months may literally work themselves to death in only six weeks. The Queen that we were looking for wasn't laying eggs properly. If a Queen ceases to lay eggs then the hive will die out in a matter of around two months. Craig had a replacement for her to ensure the survival of the entire hive. If the Queen isn't replaced then not only does the population of the hive eventually die out, but the worker bees cease to work at full capacity. As well as collecting pollen and working in the hive, the workers are responsible for keeping the hive clean inside and out. They can also attract missing bees by generating the scent of the hive, which they do as a group with a fanning motion. The male bees from the hive have no stings, and I stood with one on the palm of my hand, a truly beautiful little thing. Craig says that many people confuse honey bees for wasps, which surprised me.

My thanks to Craig for the highlight of my week. 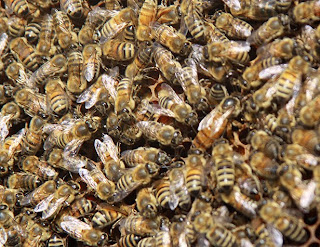 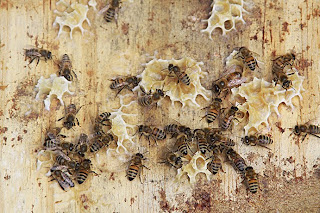 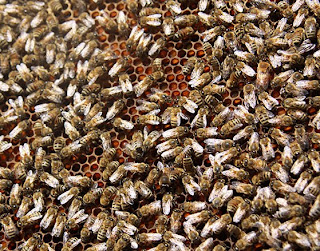 A presumably suicidal caterpillar, black and bright green, was trying to make its way into one of the hives, and that too ended up on my hand. I didn't photograph it but I looked it up when I arrived home and it was a Zygaena filipendulae moth (Six-Spot Burnet - you can find a photograph here if you want to see what it looked like). 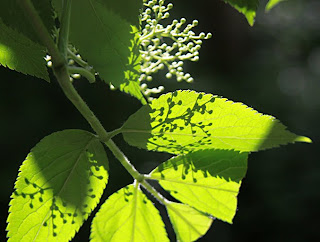 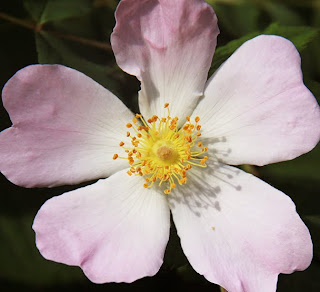 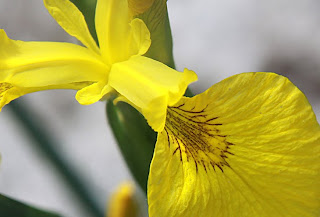