Yesterday's post reporting damage to the Lavender Pump House is followed by some better news today.  A number of residents are pulling together to discuss measures to prevent the continued deterioration of the historic building, and to find ways to save it for the future.  There is now a website with a blog dedicated to the task, and a Facebook page where people can join in the discussion.

Squatters have left the Lavender Pump House in a real mess

The Lavender Pump House is one of the few surviving pieces of Rotherhithe's dockland buildings.  It was constructed in 1928-9 to house the pump machinery that regulated the levels throughout the complex dock system which, until the pump house was built, fluctuated considerably.  The building itself is lovely, a really attractive 1920s building with tall windows, full of light, with its original round Port of London Authority plaque commemorating the building date still in place on its Thames-facing side.   Surrounded by a small wildlife park with a remnant of dockland water at its front, it was always one of the nicest ways of presenting Rotherhithe's past, peaceful, appealing and full of charm.   I covered its history in a previous post, and expressed concerns about its future back in 2013, in a post about local heritage under threat, when I realized that the Pump House was not a listed building.

The interior was stripped out many years ago and some of the original machinery is preserved at the Brunel Museum.  For many years the Pump House was a museum and included a local history display.  When this very sadly closed, the future of the building, in the ownership of Southwark Borough Council, became a real concern.  It was used by a local business for storage for a while, which kept it safe, but when the rental on the building was raised they left.  Lacking new tenants, the building was next occupied by squatters who were eventually removed.  Then, following a suggestion that the building could be converted to use as a gym in association with the Hilton Hotel, the council placed security guards to protect it.  However the plans were cancelled and in the last few months the security has no longer been in place.  The property was rented out to Sands Film Studios, but this was not enough to prevent squatters realizing that 24 hour security was no longer in place, and they entered the premises on the first night that Sands locked up. So the Pump House has again been occupied by squatters for several weeks, and were only evicted by court order in the last few days.

Steve Cornish has been into the Pump House to see what it looks like, and the mess is substantial.  I've posted two of his photographs.  Remembering what the interior was like when it was still a museum, this is just so sad.  The graffiti is of course superficial but Steve has been told that the internal wiring had been removed along with some of the internal fixtures and fittings.  He contacted English Heritage last year and were very worried about the last set of squatters trashing the internal fixtures and fittings, which might well invalidate the possibility of receiving listed status.

It seems clear that if the Lavender Pump House is to be saved from becoming a casualty of Southwark Council's ambitions to redevelop every inch of Rotherhithe for blocks of flats, local people will have to watch for planning applications and fight to keep this valuable piece of local heritage.  Other possible casualties are the red crane on the Thames Path near Surrey Docks Farm, and a number of pubs that have been bought out by developers and have also been occupied by squatters.

To finish on a more positive note (again news provided by Steve) residents around the Pump House noticed that the water levels in Lavender pond were at critical levels, posing a threat to the local wildlife, so they asked the London Fire Brigade if they could help in any way. The London Fire Brigade sent out five Engines and spent all afternoon pumping much needed water into the pond.  They are now keen to request a personal bore hole for the nature reserve that pumps up fresh underground aquifer water in the nature reserves pond in an attempt to eradicate this potentially massive environmental problem. 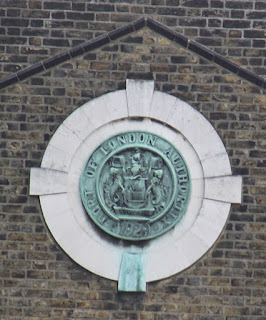 Campaign to save The Clipper pub

The Clipper is a 1930s building on Rotherhithe Street and until recently it was a really nice pub with a great atmosphere and some lovely people on both sides of the bar.  It was open all day, served excellent food, hosted events and darts matches and had some great live bands and themed parties at Halloween, Christmas, New Year's Eve and Burns Night.  And it was a great place to relax, a stone's throw from the Thames Path. The brewery bought out the landlord and since then two planning applications have been submitted, both intending to replace the pub with blocks of flats, removing yet another community resource in Rotherhithe.  Local residents have successfully defeated both planning applications and there is now a campaign to save the pub.  The Save The Clipper campaign has its own Facebook page at https://www.facebook.com/groups/savetheclipper/?fref=nf, where people have been adding their good memories about the pub going back many years.  They are hoping to add many more members to demonstrate our support for the survival of one of the few surviving pubs in Rotherhithe so please join up if you would like to see The Clipper saved.