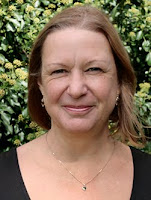 Although I finished my one-year project to document the Russia Dock Woodland and Stave Hill Ecological Park I am still very much around and am completing my history of Rotherhithe offline.

If you want to email me with any queries or comments I would be very pleased to hear from you (my email address is in the header of the blog).
Posted by Andie at 10:09 4 comments:

The "care" of one of the last 2 remaining composite clippers

This is off-topic. It is, however, a rather chilling account of how a mixture of complacency and neglect, followed by belated and somewhat undirected good intentions conspired to let down an almost unique piece of maritime history. It seems remarkable that the various UK authorities who should have taken responsibility for one of the world's only two surviving composite clippers could have allowed matters to reach such a desperate point. Click the photos below to see them at full size on the Wikipedia and Clipper Ship 'City of Adelaide' Limited websites.

The City of Adelaide is the oldest surviving clipper ship in the world, and one of only two composite ships surviving (three, if you count the beached metal frame of Ambassador lying wrecked off the coast of Chile). The story of the ship, built in Sunderland in 1864, reveals a busy and fascinating career in service between the UK and Australia before being sold into sundry other roles. The sepia photo below shows her in 1884. She finished the first part of her active career in 1894 as an isolation hospital ship, masts removed, moored off Southampton. Many ships which served this function were then broken up.

Thanks to the interest of one individual she survived, remarkably, to become a training ship for the UK Royal Navy from 1923 (and was renamed HMS Carrick) until a decision was made to break her up after the war. Again, she was rescued from that fate. One might have thought that these rescues were a positive sign for her future and that as time went on and she became a floating monument to maritime heritage, her future might actually be secure. The subsequent decline of this important representative of history, however, makes tragic reading on this thoroughly researched and fully referenced Wikipedia page about the ship, last updated in February 2011.

The ship's fortunes began to slide when The City of Adelaide was presented by the Admiralty to the Royal Naval Volunteer Reserve (Scotland) Club where it served as the club's headquarters from 1948, following a refit. From then until 1980 she was in use by the club but apparently allowed to decline because the club realized , belatedly, that they could no longer maintain her and looked for funding and a new owner for her. Nothing appears to have happened until 1989 when "the ship was flooded when the deck edge was trapped beneath the wharf on a very low tide". The mind boggles, particularly if you know anything about mooring boats of all sizes on tidal waters. There's a ghastly photo on the Wikipedia page of the ship below water, only the very top of the superstructure remaining visible. In a unique move the ship was given Listed Building status by a Scottish quango and was purchased for the token sum of £1.00 (UKP) in 1990. It was put under the charge of the Scottish Martime Museum. A reprieve? Apparently not, because in the year 2000 the trustees of the Scottish Maritime Museum applied for permission to demolish the newly designated Category A Listed Building. The application was refused.

From this point forward the story becomes really quite farcical, with a conference on the subject concluding that funds should be raised to save her (but no real indication as to where these funds were to be found) and the decision to give the ship its original name back, becoming once again The City of Adelaide. The Scottish Maritime Museum applied once more in 2009 for permission to demolish the ship "at an estimated cost of £650,000". In January 2010, the Australian Adelaide Preservation Trust made a proposal to take the ship off the UK's hands. To cut a long story short, the UK has proved unable to preserve this remarkable and once beautiful ship. It has fallen to the Australian organization to rescue her. Here's the concluding paragraph from the Wiki page:


Scottish Minister for Culture and External Affairs, Fiona Hyslop announced on 28 August 2010 that the City of Adelaide would not be deconstructed, and that Adelaide has been identified as the preferred bidder. Extensive work will be undertaken to allow the ship to be moved and displayed in Adelaide during 2011, the 175th anniversary of the settlement of South Australia, the first stage of which was completed in December 2010. The group based at Sunderland congratulated the Australian group but stated that their campaign to keep the ship in the United Kingdom would continue.


Based on the UK's previous handling of the ship, I sincerely hope that the Sunderland group fail.


Ships of this era are so rare. When wooden ships started to supplemented with iron frames and then replaced entirely with iron and steel there was a lot of money to be made from the breaking of wooden ships. This means that even when ships survived the dangers of their maritime careeers, their chances of remaining in one piece were very low. The City of Adelaide and the Cutty Sark were two remarkable survivors of this process of industrial change and systematic recycling - and it is nothing short of a tragedy that one of those two ships was allowed to sit and decay.

I have a serious affinity with ships and the UK's ship building heritage, probably partly because most of the men in my father's family were merchant sailors, my grandfather a rigger. I also live in the middle of a former wooden ship-building centre on the Thames, and it whilst hunting for information about the locally built Lothair that I stumbled across the above page about The Adelaide. I was seriously upset when the Cutty Sark burned down, but that at least seems to have been a freak (if irresponsible) accident. The City of Adelaide, by contrast, was allowed to decay over a period of decades. It really breaks my heart to see how The City of Adelaide was so tragically neglected by the UK, when she should have been preserved and honoured as a vital remnant of a rich ship building and sailing past. I hope that the Australians do a rather better job of caring for her. Surely they couldn't do much worse.

Sorry about this - I just had to get it off my chest.

See the Wikipedia and City of Adelaide websites for more information.


UPDATE 16th October 2013:
Thanks very much to Rob of the Thames Pics website for the news that Adelaide is now on her way to Australia. Here's what Rob said about her arrival at Chatham in September:  "Before leaving these shores, she has come down from Irvine to first be fumigated at Chatham docks and to then say an emotional goodbye at an event in Greenwich by the Cutty Sark with the Duke of Edinburgh in attendance."  Do have a look at the Thames Pics page dedicated to the ship's arrival for some really terrific photographs - Adelaide on the back of a transport ship is amazingly impressive.   There are videos of her too, also by Rob on YouTube:  http://www.youtube.com/watch?v=QppN8FZID5I