I've just posted this story on Recent News page the Friends of Russia Dock Woodland website and thought that it might be of interest to other Rotherhithe residents who don't visit that website. It is most unpleasent reading.


I really hate to report on something so horrific, but the facts of the matter do need to be communicated to the public so that we can all keep a sharp eye out on behalf of our local wildlife. Steve Cornish (Chair of the Friends of Russia Dock Woodland) has had the Wildlife Crime Officer down in the Woodlands this week and he agrees that this should be made public information.

Steve rang me last week and told me a terrible story about the torture of a fox in the Russia Dock Woodland. This is not hearsay - it was observed and has been photographed. A fox was found shackled in the undergrowth next to Lavender Pond. Local residents could hear the chain jangling for days on end but couldn't work out where the noise was coming from. Then it must have unshackled itself and was seen by a local resident in her garden with the chain hanging from its leg (the resident took the photo). She then called the Fox Project who contacted their local volunteer. She took four hours to find the fox which was shackled to the ground unable to move and in distress. She stated to the Wildlife Crime Officer that "the other end of the chain was buried into the ground and the earth replaced so that it couldn’t move. They had to dig down deep to remove the chain. The (fox cub vixen) was taken to the Fox Project headquarters in Tonbridge where they managed to save the foxes leg and released it into a woodland in Kent. A good ending to an horrific story.

I haven’t posted the photographs on this page in case children stumble across this page. You can, however, download a photo of the fox chained, with the chain pierced through its Achilles tendon by clicking here. It is not a pretty sight, but it happened and we need to be aware so that we are alert to other situations which might arise.

The recent articles in Southwark News and Sky News have highlighted other problems about foxes being trapped for the purposes of dog fighting. Whilst the dog fighting has not been confirmed independently, the capture of foxes recently has been witnessed. If you see anything that might be a problem please call the RSPCA Cruelty Line Cruelty line: 0300 1234 999.

This is a bit late (the article was published in the FT on July 18th) but I didn’t post about it then and it is still very much of interest. Here’s a short extract but see the above page for the full story which took up three quarters of a full FT page:

“One of the joys of moving to a new city is that you have no ingrained prejudices about where to live. You can settle in a neighbourhood simply because it is likable, not because it is close to family or friends or because of the social signals the choice sends out.

On moving to London four years ago I landed in a temporary flat chosen by my employers in an unfashionable neighbourhood named Rotherhithe on the south bank of the Thames. I spent several frustrating weekends travelling west, north and south searching for a permanent home before a radical thought struck me. What was wrong with staying put?

Located in a crook of the river between Bermondsey and Deptford in the borough of Southwark, Rotherhithe has an illustrious history, mostly due to its seafaring connections. It was once known as Redriff, which, according to historian Peter Ackroyd, might refer either to “red reef” or derive from redhra, the Saxon word for sailor, and hythe, for haven. “In that case it has been connected with sailors and shipping for more than a thousand years,” he writes in his book Thames: Sacred River.

The area was one of the departure points for the Mayflower in 1620 as the Pilgrim Fathers sailed off to begin new lives in the New World and three of the ship’s four owners are buried on the site of the first local church, St Mary’s.

During the second world war much of Rotherhithe was bombed and destroyed and, after its docks were closed in the 1960s and 1970s, extensive rebuilding by the Docklands Development Corporation left it riddled with bland brick houses and apartment blocks. But hasty development has not erased all traces of its charm. Although I ended up settling in Bermondsey and have now lived in London long enough to have visited many of its nicest neighbourhoods, I think parts of Rotherhithe hold a genuine village atmosphere that is hard to find elsewhere in the capital.

While much of the Thames’s southern bank swarms on weekends with non-locals visiting the London Eye and Royal Festival Hall, shopping for food at Borough Market and dining at the restaurants that sit in the shadow of Tower Bridge, Rotherhithe remains very much a hidden treasure.”

See the above page for the full story. 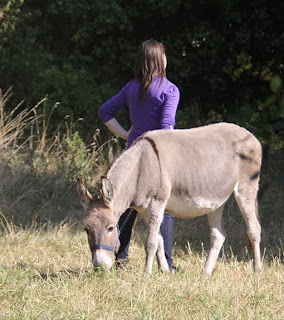 I spent most of August and the first week of September in Wales so I've not had much chance to visit the Woodland and Ecological Park. It was great to see the photographs and news reports in Southwark News and elsewhere of the Green Flag ceremony, during which a new noticeboard was established and our own Green Flag was raised on its flagpole next to the St John's bridge, by the green. A lot of work has been carried out in the woodland by volunteers including the Orange RockCorp. But I was sad to see Les Butler's report on some of the areas which are apparently suffering neglect.

I have missed so much of the local park this year, but I was very startled to realize that autumn was underway again. It seems like only five minutes ago that I was taking far too many photographs of beatifully coloured leaves against the grass. This year has vanished in the blink of an eye.

It was good to see the donkeys from the Surrey Docks Farm being exercised in the Woodland and the Eco Park. They looked very content. 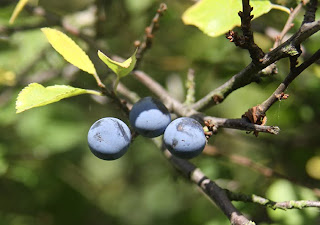 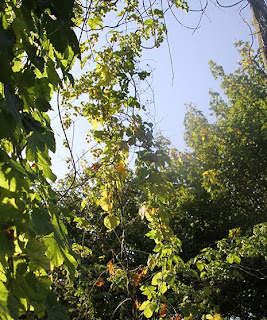 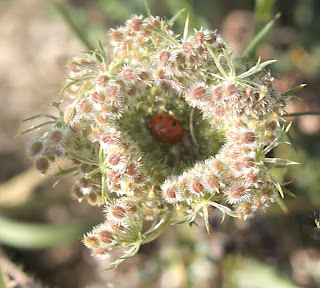 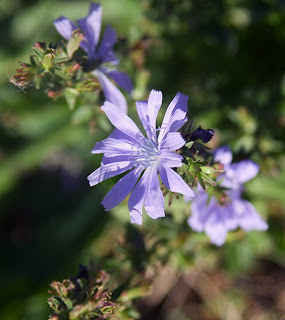 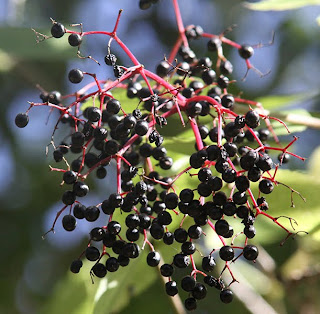 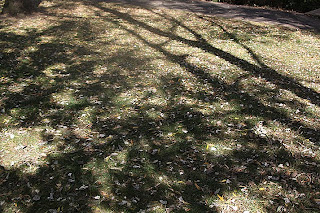 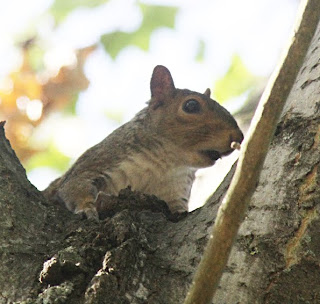