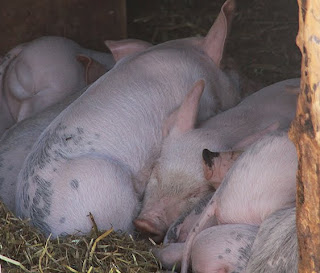 After leaving Stave Hill Ecological Park I walked through the RDW and headed past the Downtown site and over the bridge to the Thames Path.

The Downtown site is an absolute disgrace. The strategy of leaving an area to decay so that people will support development is truly dishonourable. Fortunately local kids don't seem to have adopted it as a private hideaway (which is what we would have done when I was a kid, it has to be confessed).

I cut through the Surrey Docks Farm to follow the Thames Path and was lucky enough to see piglets! Quite gorgeous. As usual the farm looked great and the cafe, re-opened a few weeks ago, was absolutely heaving!

I walked back to my house along Greenland Dock where the coots and grebes were already attacking each other. A pair of grebes were laying claim to the pontoon under the Norway Cut swing bridge - last year they shared it with a pair of coots. We'll see who wins this year! 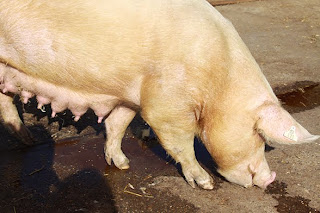 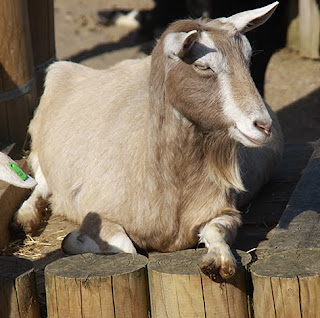 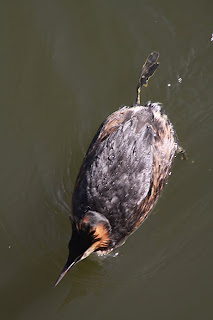 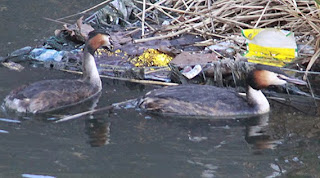 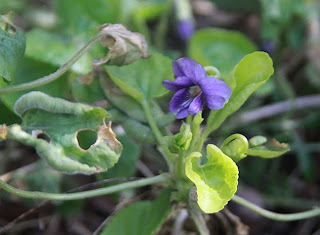 The SHEP is also looking extremely well organized. Spring is usually a period when the new growth climbs through the old, but at Stave Hill the old growth has been firmly removed and the new growth will have a free range. I walked past a man hoeing at the grass area below the windmill. It looked like hard work but everything was very tidy and clean.
The main highlights of the walk through the ecological park were the violets, a single lovely daffodil and two frogs mating in the tiny pond at the end of the butterfly sanctuary. The reed bed opposite Stave Hill pond, and the fabulous coloured bark of the surrounding shrubs, are as lovely as usual. The colours never cease to amaze at any season. The butterfly sanctuary has been crew-cut again, but will doubtless recover eventually. The bee-attracting budleias are all growing new leaves. The new moat at the end of the butterfly sanctuary still looks very harsh and new but it will hopefully mellow during the summer. 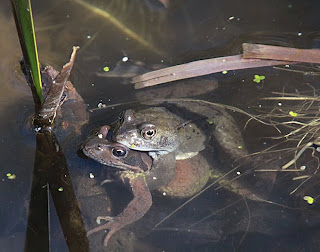 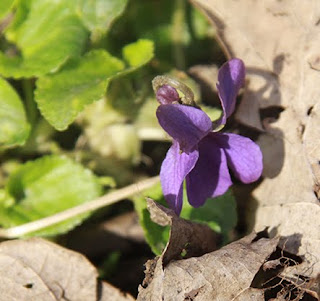 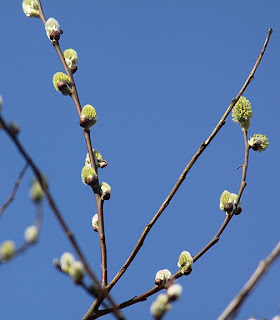 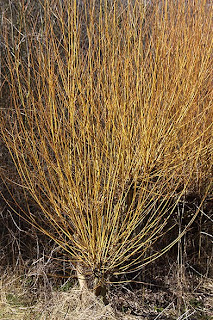 More from yesterday at the Russia Dock Woodland 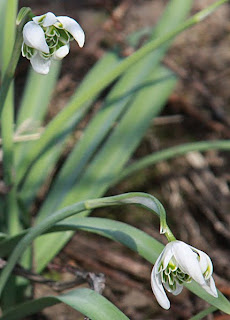 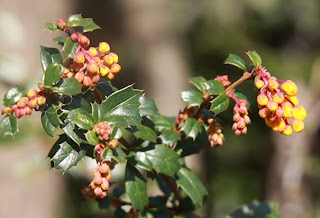 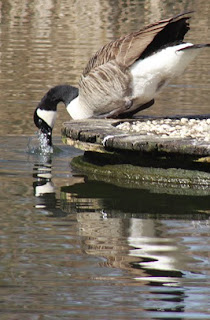 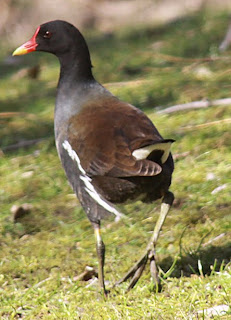 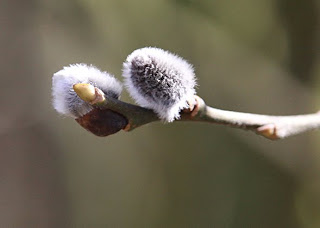 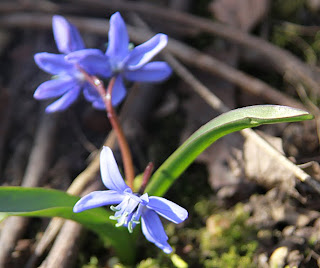 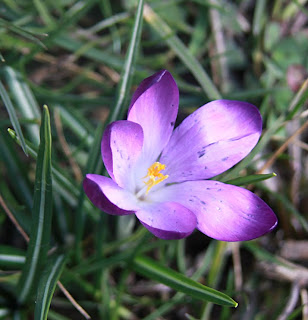 Today was the perfect spring day. I arrived at about 12.30 and I was wandering around in a t-shirt. I had the emergency back-up of a jumper around my neck and a jacket arranged over my shoulder bag, but it was so warm that I didn't actually need either. I haven't felt so warm outdoors all year.
The park was very quiet. There was the usual assortment of women with pushchairs, men with small dogs and the odd jogger, but there weren't many other people around.

I haven't been in the parks for ages and it was great to go and stretch my legs and see what had changed. As everything was under snow the last time I was there quite a lot had changed!
Both the Russia Dock Woodland and Stave Hill Ecological Park looked very manicured.

I'll write about the Ecological Park in the next couple of days. In the Russia Dock Woodland there were patches of crocus and snowdrop. They were lovely. Daffodils still haven't come into flower but they should do in the next couple of weeks. The cherry laurel is in bud, and in the areas where it was 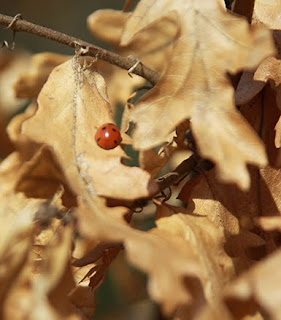 seriously cut back it is making a radical come-back and the Red Nettle is widespread. The Yellow Flag, as usual at this time of year, is reviving and the bulrushes are fluffy, dispersing their seeds. Everything else has new buds and tiny green leaves. There is pussy willow and there are catkins.

There were several squirrels out and about.

There was a lot of bird song from the trees but the only ones I came face to face with were blackbirds, starlings, a magpie, lots of pigeons and two sparrows.

On the ponds there were mallards, moorhens, coots and, on Globe Pond, two Canada Geese.

On the insect front there was one gigantic and very cheesed off bumble bee, a ladybird on a dead oak leaf and a very surpising bright yellow brimstone butterly (which was just too far away to photograph).

Spring has certainly arrived, and not a moment too soon! 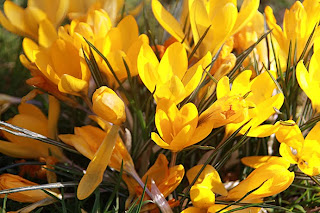 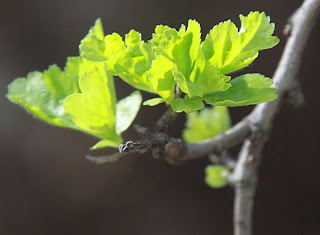 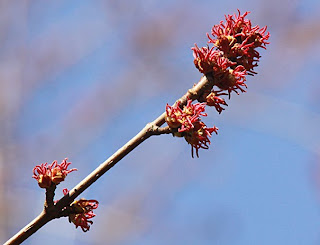