Nesting pontoons still in a ruined condition in Rotherhithe

Thanks to Steve Cornish (Chair of the Friends of Russia Dock Woodland) for raising the issue of the ruined pontoons on Greenland Dock and Surrey Water, again, with Southwark Council. 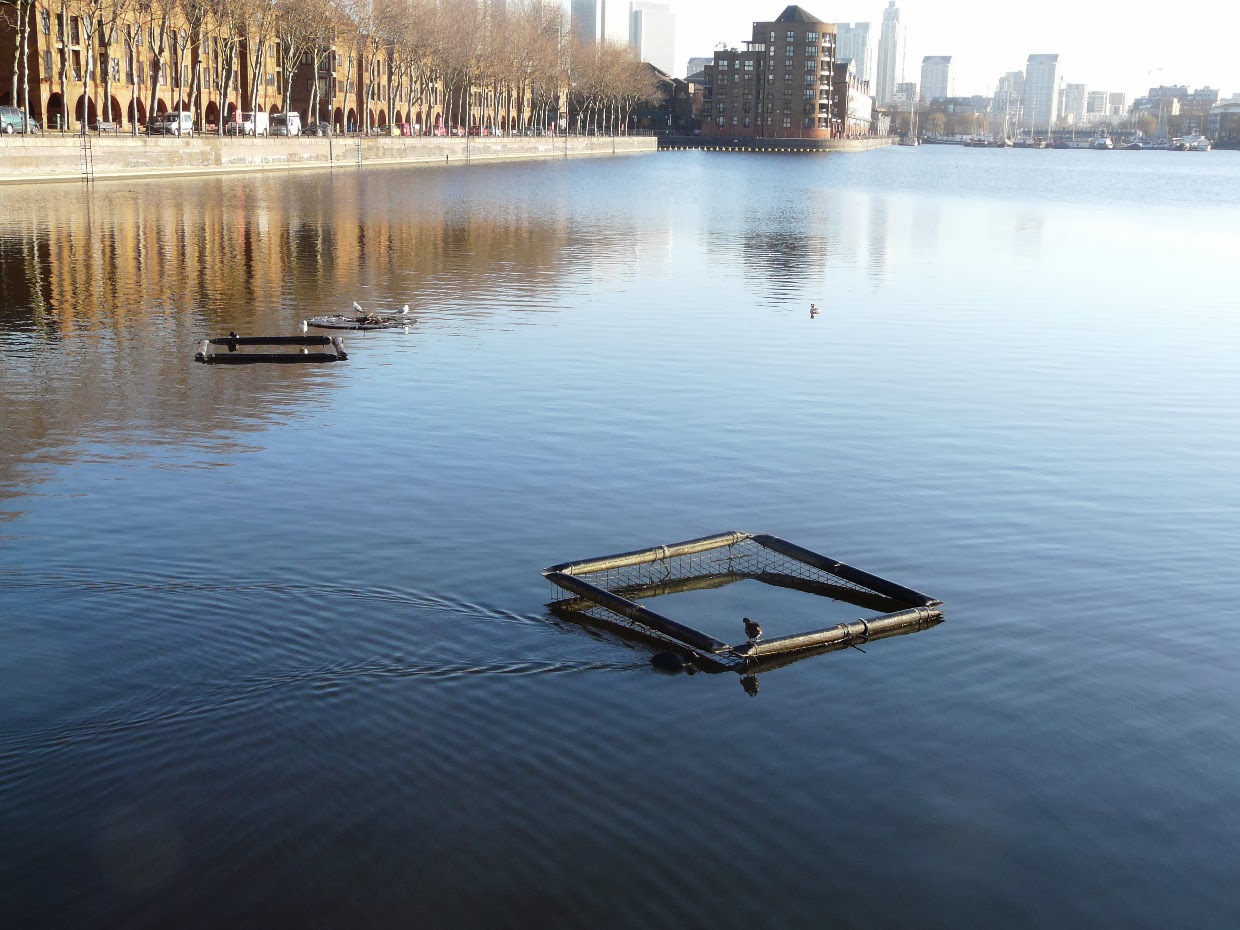 The photos on this post were all taken over the weekend by Steve.  As you can see, in spite of promises made last year in response to the ruinous state of the pontoons, there has been no work to build more new nesting pontoons or even try to salvage and maintain what we had only two seasons ago. Steve has mailed the Head of Environment and the officers in charge of the peninsula's waterways but has as yet received no reply. Local people have nesting material ready to go, but the pontoons are either half sunken or pressed up against the dock wall where they are unsafe.

As you can see, the waterfowl have already started building and in some cases they have started laying because of the mild winter.  Those of us who monitored the situation last year will remember how nests were submerged due to semi-sunken pontoons, leading to the loss of both moorhen and swan eggs. See my post last year "Plight of nesting swans and coots in Greenland Dock" to see how bad things were for the nesting water birds.  The situation is obviously unacceptable and we are waiting on Southwark Council to explain how they intend to respond to the situation.

Apparently, the Trust For Urban Ecology at Stave Hill Ecological Park used to be paid to upkeep, renew or maintain the pontoons, but after 2012 but that money was withdrawn, and Southwark Council has failed to act to ensure that the necessary work has been carried out by another party. 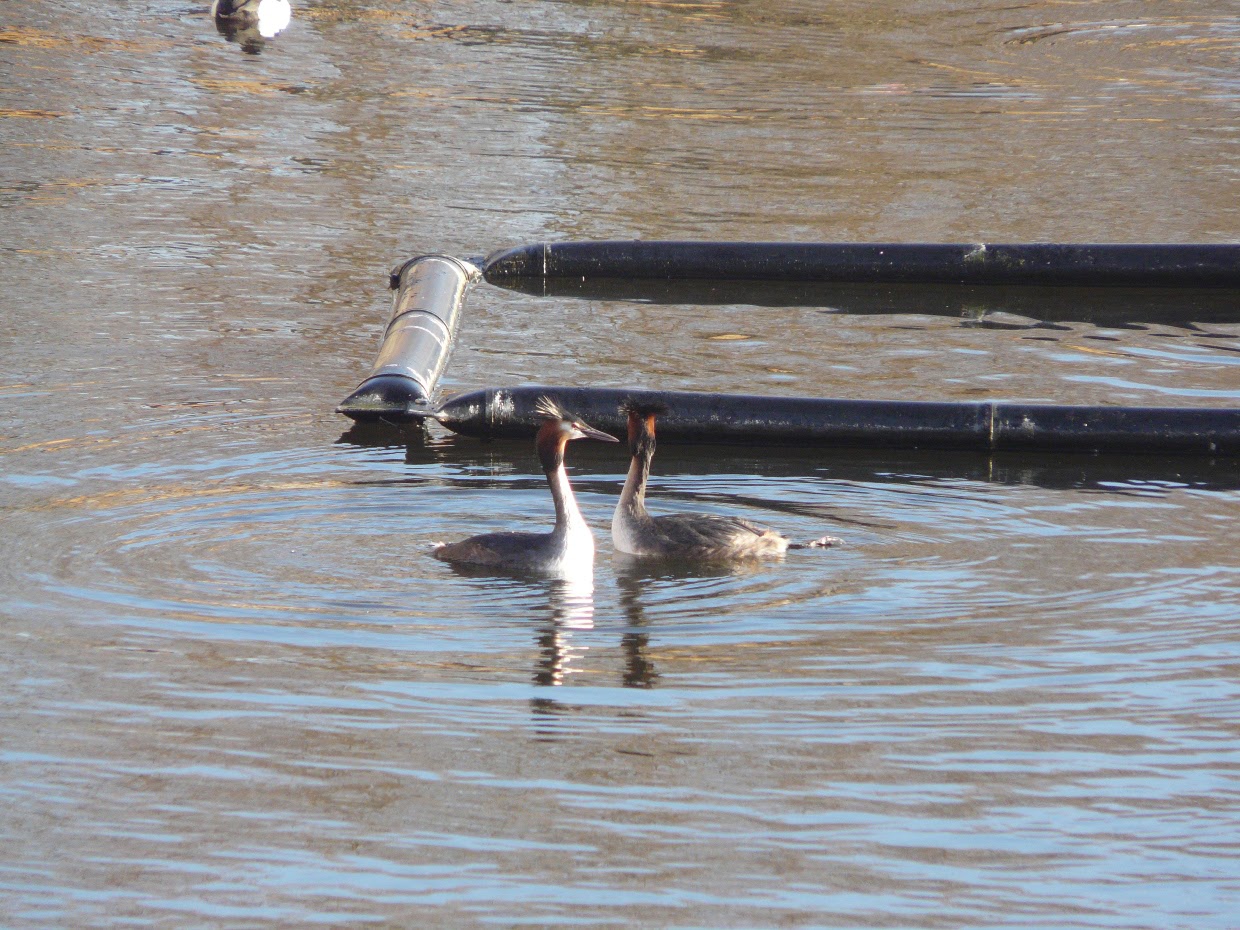 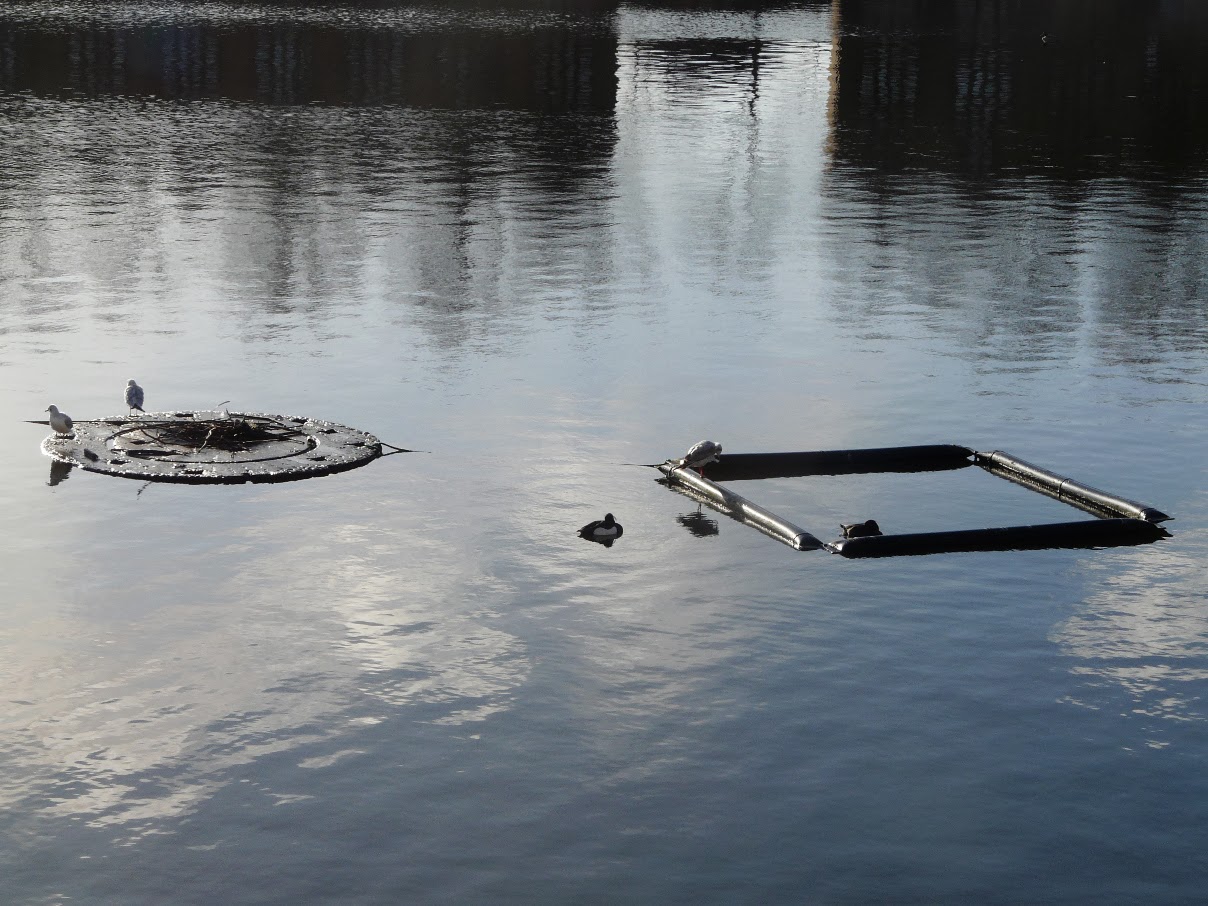 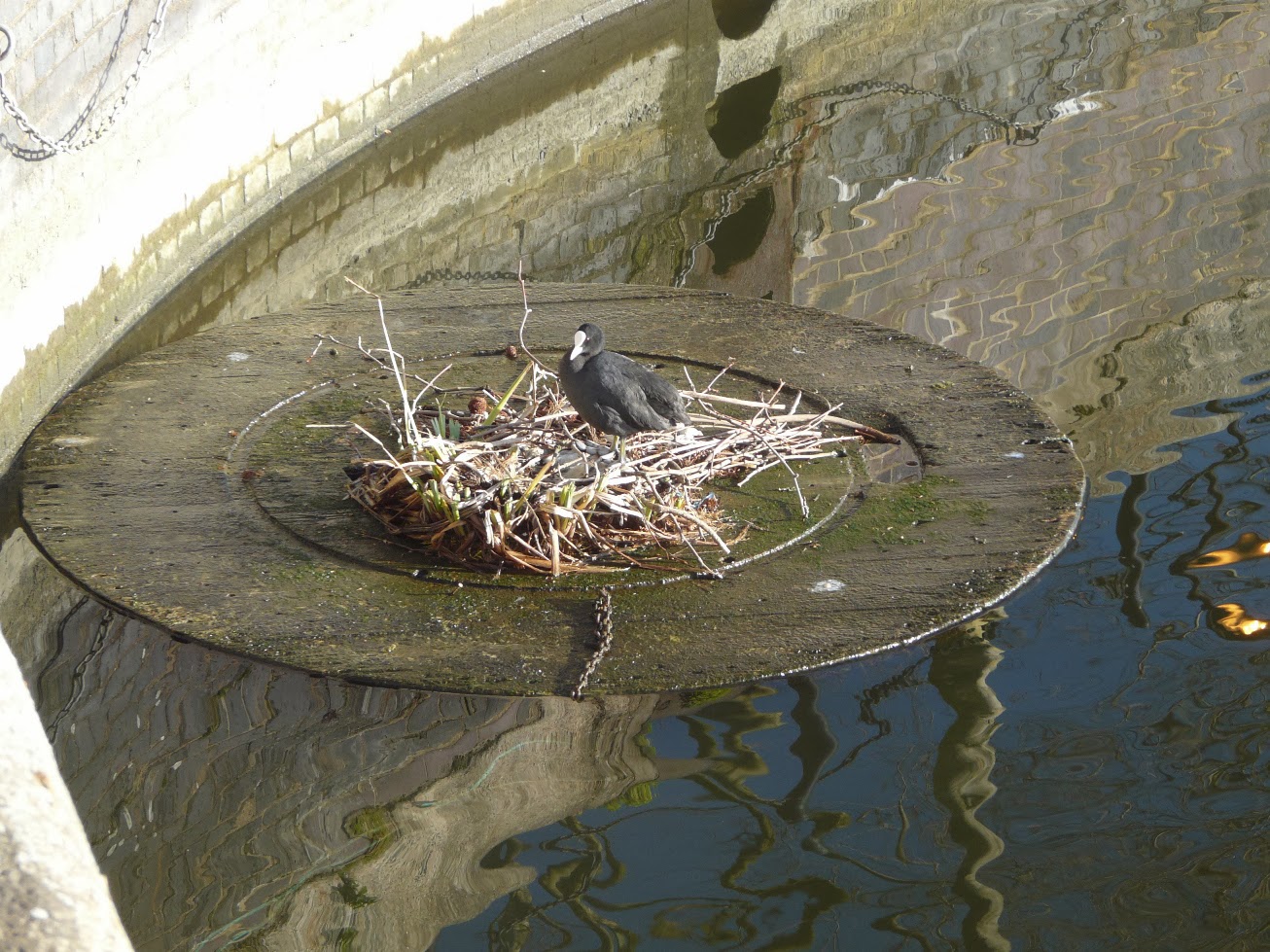 So how about we just make them ourselves? How hard are they to make? Why wait for the council?

That's not a bad idea, just for this year at least. TRUE, the London Wildlife Trust or the RSPB may be able to offer advice about materials/construction, safety etc and may even be able to advise on getting practical help and volunteers to participate??

Thanks guys - I've passed these suggestions on to someone who may be able to help and I'll let you know what happens. As I understand it the difficulty is not in building the pontoons (not that I would know where to start) but in anchoring them out in the dock. Leave it with me and I'll get back to you. And thank you! It is great that people are so willing to jump in with help when needed.

Lets wait and see what the official response is from the council tomorrow 18-02-14....If there isnt an adequate response then we have no choice but to take matters into our own hands. Materials and boats shouldnt be much trouble on the dock ?... Steve

Here's today's response from Southwark Council. I'll keep you posted with any updates.

"During the meeting last year you were informed that the nesting boxes and platforms were not installed by the council, however we agreed to try and repair and re anchor them when time and resources permitted.
Given the recent bad weather and other ongoing projects, this work has had to be reprogrammed.

The greenland dock platforms are now programmed to be done on Wed 19 Feb and Surrey Water on 25 Feb. We will not be replacing platforms but re anchoring them away from the walls. Any badly damaged ones that are unfit for anchoring will be removed.
We had stated when the marina electrical systems were replaced we may have some wooden cable drums that we would in time try to set up as nesting platforms. That project is currently underway and in time we will have drums to convert.
Regards
Patrick Keating
Harbour Master/Marina Manager
South Dock Marina"

Thanks to Steve Cornish for the background information about how the pontoons were established to begin with. Steve says that the nesting and flora pontoons were placed into Surrey Water and Greenland Dock by Southwark Council some six years ago. The funding for this was raised by Southwark Councils CGS (Cleaner Greener Safer) funding stream. The Trust For Urban Ecology were chosen and paid for out of the CGS funding to make, supply and fit the pontoons into the Dock. For several years this was a great success, until the funding stream was ceased by the local authority. At the same time some extra funding was sourced to pay for the many black pipe floating pontoons from a company called AGA Eco Islands? These too were placed into Surrey Water and are still there to this day, but in a deplorable condition.