During a 1982 feasibility study, airships landed behind South Dock 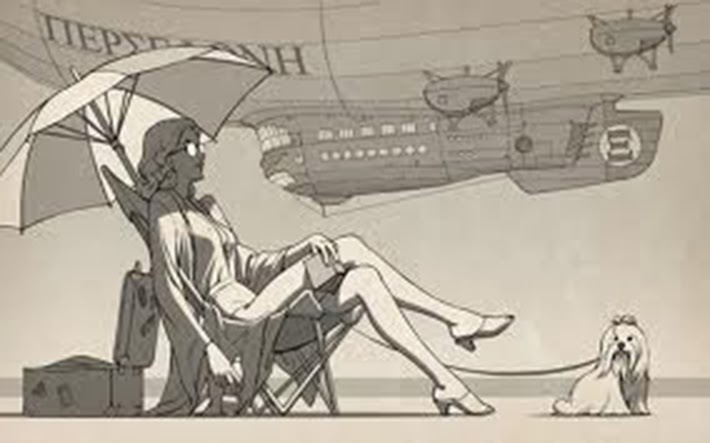 I was chatting to a friend today who told me that during a feasibility study for Dockland City Airport, there was a possibility that airships would be based at the airport.  As part of the test, airships used to touch down regularly behind Warehouse 15 at South Dock, where my friend was working at the time.  He said that it must have been 1982 because it was at the time as the Falklands Crisis.

A quick potter around the Web, and sure enough, the London Dockland Corporation's website says that there was a project in 1982 to see whether or not a STOLport (short take off and landing) would be a practical proposition.  The aircraft favoured was an aeroplane, the de Havilland DH-7, known as the Dash 7.   But no mention of airships.

A further rumble around on the Web, and I found the Aviation Market Studies report delivered by the Economic and Transport Planning Group to the LDDC, which states that they were commissioned to examine the feasibility of a number of services including STOL aircraft, helicopters and airships, either singly or in combination.    It concluded that "airships are, in the short term, are considered unlikely to represent a serious possibility."

Sadly, there are no details about which manufacturer supplied the ships that were used in the study. Nor are there any photos, but how fascinating to think of airships landing in Rotherhithe.  They must have been quite a sight.