Tree felling at the Downtown site 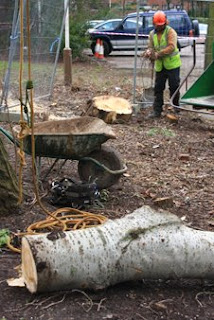 The Downtown site, which includes land currently occupied by the Surrey Docks Health Centre and extends from Redriff Road to the Downtown pond, where the kingfishers have been resident this winter, has been the subject of extensive dispute for many years now. People in the adjacent homes have been rightly alarmed by the scale of the development plans. It is owned by Barratt Homes who purchased it with a view to developing it, and have been pushing frequently inappropriate planning applications which have been challenged by local residents and some Southwark councillors.
It was only recently found that an earlier application had been subject to a High Court judgement which quashed the plan for reasons which still haven't been resolved in the current application. The current application was accepted in November, but only subject to a number of changes which have not yet been submitted. This means that any work carried out on the site, particularly in terms of any destructive activity, is at best unethical. This has not, however, prevented Barratt Homes for going ahead with the felling of trees on the part of the site adjacent to the health centre. 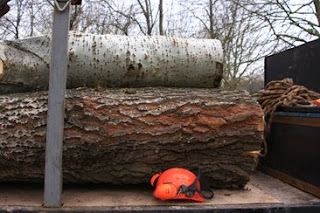 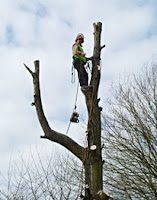 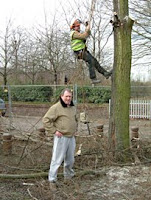