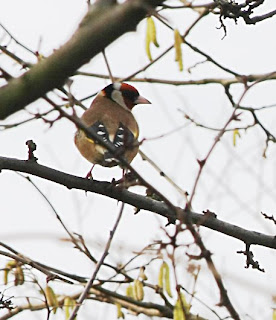 Today was the perfect early spring day. It was quite warm, and the sky was a pale silvery blue but the sun was clear and bright. The bird song was fabulous, bright light notes of pure happiness.
I have learned where the different species of birds prefer to hide out and today, for the first time, managed to get a half decent photograph of a Goldfinch. Although they are very noisy they are also fast-moving and quite shy, so are terribly difficult to photograph. And they are a complete joy to watch and listen to.

Other birds around in large numbers were sparrows, Robins, Great Tits, Magpies, the usual selection of pigeons, and a couple of blue tits. I even managed to track down and photograph the elusive wren that can be heard but rarely seen at the Downtown pond. It was bouncing around noisily in the reeds. It's not the best photograph ever, but better than nothing. Click on the image to see it in more detail.

There was a notable shortage of water birds today - a couple of coots and mallards but nothing else.

There were one or two squirrels around, most of them quite lethargic.

I saw five foxes today, and managed to photograph some of them, but they were in a dreadful state as the photographs that I'll post in the next few days will show. It is simply stomach-turning to see what a mess they are in. I won't post the worst of the photos.

The bulbs continue to come up. There are lots of snowdrops out, which are very beautiful, but the daffodils are still in tight yellow-green bud and nothing else has come along that far. Many of the shrubs are producing new shoots.

The water levels weren't as high as I expected but the Downtown pond is still flowing over the metal barrier into the channels along Waterman's Walk. 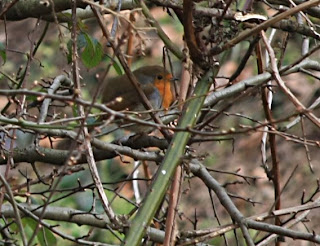 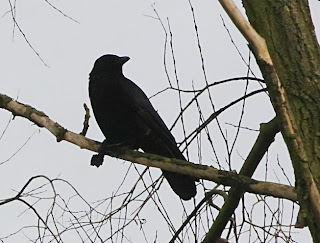 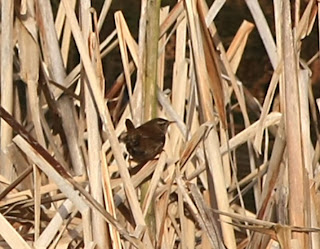 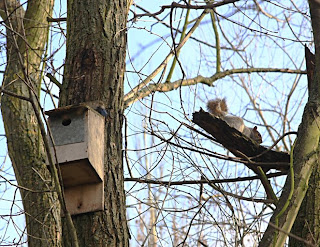