It certainly feels as though Spring is on its way, advancing in slow steps. I was delighted to see two deep yellow crocuses coming into flower and everywhere you look there are new shoots. Even on a small oak which is wreathed in dead brown leaves new buds are appearing, and the barest of stems is producing new life. 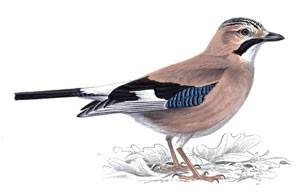 There were lots of birds around, all singing their heads off (mainly Great Tits, House Sparrows and Robins), but none were particularly visible, apart from the magpies which were around in huge numbers. I didn't see any finches today but I startled a Jay, which departed in a flickering bright blue shimmer. Again, there were almost no water birds to be seen. There were a few squirrels and I saw the same fox that I took the close-up photographs of during the week.

I walked home via Yvonne's convenience store on Elgar Street, passing the Downtown site which is now encased in hoardings (very ugly) and proceeded down the side of Greenland Dock, where the only water birds visible were a lovely pair of Great Crested Grebes.

As usual, click on the image to enlarge if required. 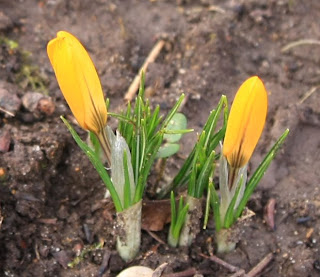 Thanks very much to my Dad for telling me that this is Garrya elliptia.
Neither of us knows which variety, but it is native to California, not Surrey Quays!
Certainly an import.

An very young oak, with dead leaves, but a brand new bud at the tip of the branch