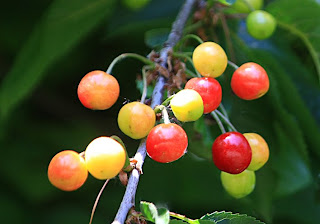 Back from Wales, which was very beautiful in a very intense way. I have never seen growth like it in all the years that my family have lived there.
I went over the road on May 29th and found that the vegetation is growing in a very healthy and happy way. Everything is very green, and the damp areas are enjoying a particularly rich time.

The first thing that I noticed as I crossed to the winding path was the squishing of cherries underfoot. When I looked up I startled multiple birds of diferent species who all took to the wing leaving me staring at cherries of different ripeness and colours overhead. 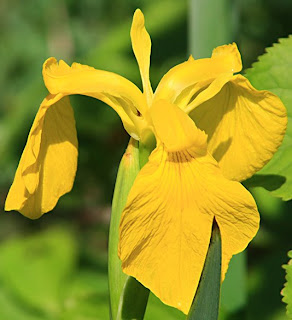 The hawthorn is now over but elder is everywhere, it stiny white flowers clustering together in big flat rounded disks. Wild roses are distributed throughout both the woodland and ecological park, some of them beautifully perfumed. Willow fluff is falling like snow, coating everhting and floating like dust on ponds and channels. The honesty and garlic mustard flowers are over, as are most of the red and white nettles. The yellow flag is having a party and the reeds are growing beautifully. In the butterfly sanctuary I was overjoyed to see the the Budleia globosa has come into flower and is a riot of insect life.

At both the Downtown pond and Stave Hill pond the damsel flies were out in force. In the former case both Azure damsleflies and Large Reds were there in force but in the latter only the Azures were in evidence. There were a few aquatic birds with chicks on all the ponds (mallards and moorhens), two Canada Geese on Globe Pond and some coots. magpies dominated the terrestrial birds, closely followed by blackbirds and a few great tits, but there wasn't much else to see or hear in the trees. 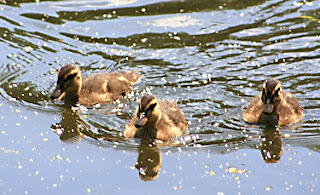 There were dozens of butterflies everywhere. Sadly I didn't manage to photograph more than a couple - there was a slight breeze and they were refusing to settle. Those observed included a Peacock, three Painted Ladies, a Red Admiral, some unidentified whites, and a Common Blue. Dozens of tiny dark winged insects which may have been bufterflies or daytime moths moved in clouds and resettled quickly on the vetch and birdsfoot trefoil in the butterfly sanctuary (I'll post photos in the next couple of days).

Of the insects the bees were most in evidence, lots of different types enjoying the Budleia globosa in the sun. Vast white daisies were attracting all sorts of tiny characters, which sat in the sun on the surface of the flowers themselves or, in the case of the ghastly blackfly, clustered along the stems in thick communities. 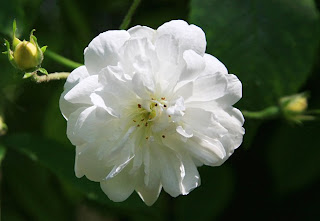 On Greenland Dock the former inlets into Norway Dock is now home to coots and moorhen couples with their chicks. A pair of Great Crested Grebes were sharing a pontoon with two coots and their chicks. This surprised me because coots are usually fierecely territorial. Apart from a single swan there was not much else to report.

I'll post more photographs over the next few days. The rose to the right, which is a short walk in the direction of Globe Pond from Downtown Pond has the most heavenly perfume - keep an eye and a nose open if you are over in that area.