Update on the Rotherhithe Red Crane and the Odessa Wharf development 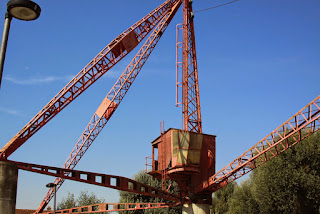 It has been nice not to have to post any bad news stories in the last couple of weeks, but that doesn't mean that problems have gone away, just that something is happening behind the scenes that isn't being aired in public.  The red crane was saved by the London Dockland Development Corporation, which recognized its great value as a piece of irreplaceable local heritage.  As of yesterday plans by developers who want to build on the site where the distinctive red crane stands have been brought to light.  Mark Parker attended the Canada Water Consultative Forum last night, where the property developer Hollybrook presented their design for the Red Crane site on Odessa Street to the assembled meeting.

Thanks to Mark for the photographs below of the material they provided. You can click to expand but although they are still not easy to read the pages basically state that Hollybrook are holding a consultation on the 14th October between 4 to 8.30pm at the community centre at Dockland Settlements at 400 Salter Road about building a new development on the land occupied by the former nightclub, the basketball court and the crane. It will be important to assess the exhibition with a view to understanding the implications for the local community and the local heritage. http://www.se16.com/event/odessa-street-development-public-exhibition

One interpretation of the meeting at Hollybrook is that they are planning to relocate the red derrick over the river! Quite why Rotherhithe heritage should be moved out of Rotherhithe I am by no means sure.  It seems both inappropriate and illogical.  Hopefully the exhibition on the 14th will clarify matters.

The heritage represented by the red crane and the impetus to save it from destruction are covered in an earlier post:
https://russiadock.blogspot.co.uk/2015/03/please-help-to-save-red-crane-on-thames.html 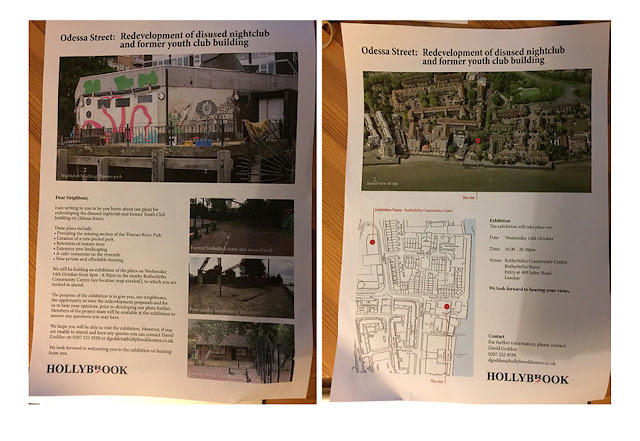 The issue is loss of public open space for profit. The Red Crane is collateral damage. This meeting is the kind of due process before a formal planning application is made. This is such an important issue in terms of

a. Preserving local C20 heritage associated with life and work in the area when it was industrialized
b.Preserving a landmark structure and thereby offering diversity, richness and interest for future generations
c. To preserve the public realm and preservation aims of the LDDC which were affirmed by Act of Parliament in 1986 against the opposition of the then Labour Southwark Council to create and protect public open space. The area was created by a statutory order and a higher democratic process than that which applies here
d. The repositioning of recreational free to use games pitch to an enclosed heavily supervised semi-private facility which is how the Docklands Settlements has become, notwithstanding its geographical proximity to the Odessa Wharf open space, is not an equivalent facility. It is in a different class of recreational resource and not ideally set up to cater for local kids who want somewhere off the streets and away from adults to play ball games and "let off steam"
e. Social Discrimination: it can be shown that the rest of the Borough of Southwark abounds with the same type of free to use open space it is seeking to sell off at Odessa Wharf. This combined with the policies of local Housing Associations which have failed local children and youngsters over the years amounts to inter-generational racism in the Surrey Docks area.

Hopefully when a planning application is made, very shortly, a concerted campaign similar to that on the Southbank over the skateboarders, will emerge. Is there ANYBODY apart from the developers and other vested interests who supports this scheme.
A development that is 100% opposed in the community cannot go ahead under a Labour Council