A visit to the Cutty Sark 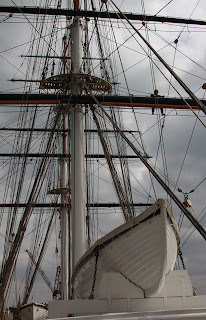 I hopped on the Thames Clipper and went to visit the restored tea clipper Cutty Sark yesterday, just two stops away from Greenland Pier and an always enjoyable ride.  The Cutty Sark was a fascinating experience.  I visited many years ago, before it burned in 2006, when the display of figureheads was held within the ship.  I had forgotten how truly impressive she is.  If you want to get a grip on what Rotherhithe-built composite clippers like the Ambassador and the Lothair were like, this is the place to go.  The Cutty Sark and Thermopylae were frequently the fastest ships on the routes they plied, but Lothair was well up with them, establishing records of her own.

Built in Dundee in 1869, for the Jock Willis shipping line, the year that the Suez Canal opened. Like the Lothair, she was a composite clipper and was one of the fastest ships of her day, regularly setting records for speed of transit between ports.

The interior decks show off the composite construction perfectly, with the original iron frame painted in white and recent strengthening additions painted in grey so that they are easy to distinguish from one another.  The two interior decks are now museum displays, with interactive panels, a film, footage of the Cutty Sark when she was still sailing and original artefacts.  A simple but effective feature in the lower deck is the use of tea chests to display information, at one and the same time providing a sense of how large the tea chests were and how they were stacked and making use of the surfaces to communicate more facts to the public.  I spend a lot of time in museums and I find that interactive panels can often be irritatingly redundant, but these are good, providing easily absorbed information about the ship, pointing out key features to watch for as you move around a deck.  The decks have not been so over-filled with display cabinets that it makes the ship difficult to move around, which is important as even on an overcast weekday, when there weren't that many people on board, it is easy to imagine it becoming very busy at weekends. 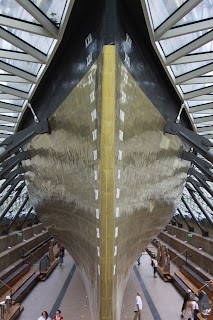 On deck, the scene is one of gleaming wood, polished brass, and a sophisticated cats-cradle of rope and rope-handling devices.  Living quarters can be inspected (of both crew and officers), the carpentry, galley and other functional areas can be visited.

Down in the basement, the Muntz-sheathed hull resembles a stunning piece of modern art - a semi-abstract vision of gleaming brass-coloured curves and sharp edges, quite beautiful.  It was marvelous to walk the entire length of the keel, from stern to bow, just beneath it, the rest of the vast ship suspended over my head. If I was just a couple of inches taller I could have touched it, and I did try, standing on tiptoes, but I just wasn't quite tall enough.  There were many fingerprints of people taller than me who, like me, had obviously been unable to resist the impulse to reach up and connect with such a fabulous vision.   There is a viewing platform at the bow end of the ship, which is great for taking photographs.  Here too, beneath the viewing platform, is the figurehead display which in the 90s, before the renovation, had been installed on one of the inner decks.

The brass-like Muntz, by the way, is formed of 60% copper and 40% zinc with traces of iron, and was applied in rectangular panels to protect the hull from corrosion and fouling.

If you have an afternoon spare, especially if it's a week day, it makes a great visit, particularly if you are interested in the local ship building industry. 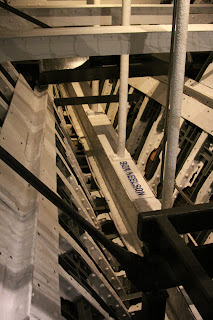 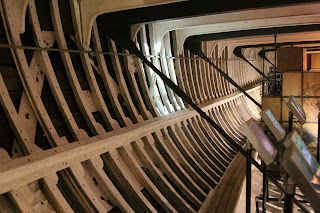 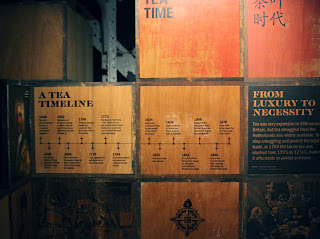 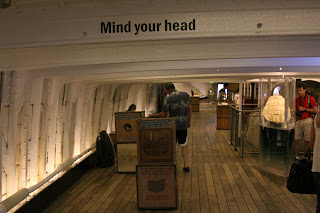 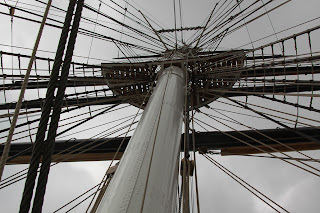 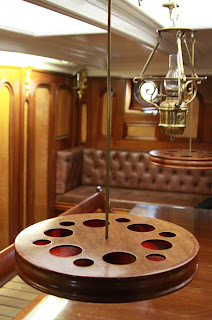 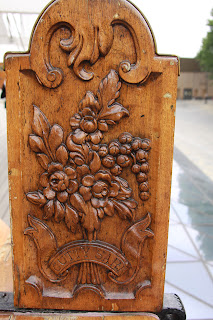 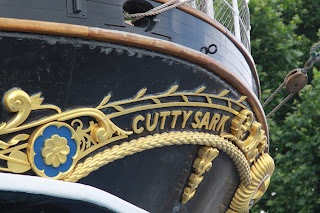 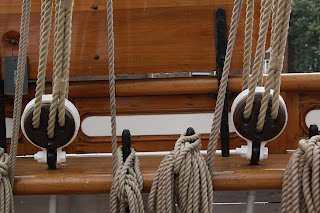 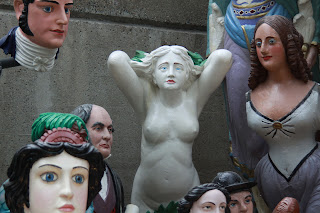 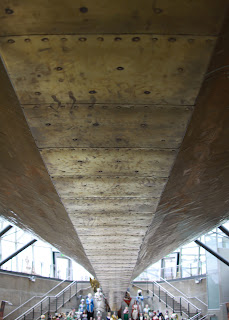