Cygnets and other birds on Greenland Dock

Having checked out the swans in the old lock at the top end of Greenland Dock a couple of weeks ago, tending to their unhatched eggs (pic below) I was so glad to see that seven of them have hatched and are doing a wonderful job of negotiating the waters around their nest.  Both parents were in attendance, and the little family looked as though they were doing very well. 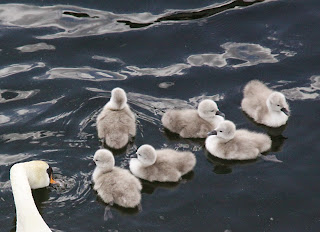 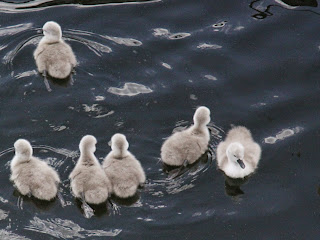 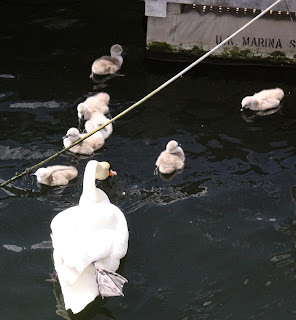 There was also coot nesting in a rather strange corner of a neighbouring pontoon, the main part of which featured a number of abandoned unhatched small eggs. 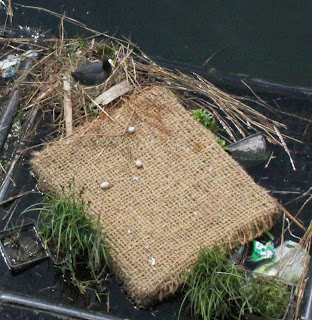 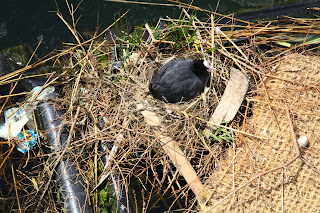 There were a number of grebes around, but all appeared to be single, and there were numerous juvenile seagulls around. 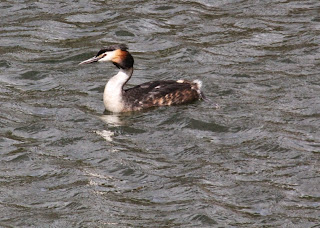 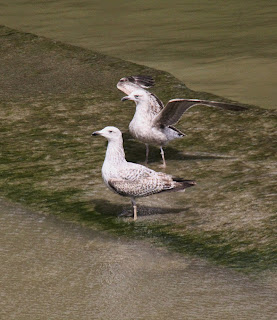 At the top of the dock there were a pair of crows scavenging in the mud at the edge of the Thames, one of whom took the opportunity to enjoy a very muddy bath. 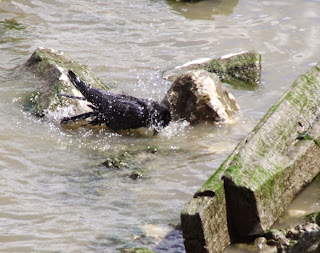 On the way back, crossing the old cut that lead into Norway Pond (now the Lakes), there was another coot settled on a very sad attempt at a nest.  There was plenty of nesting material floating nearby so hopefully that will become a rather more robust effort soon. 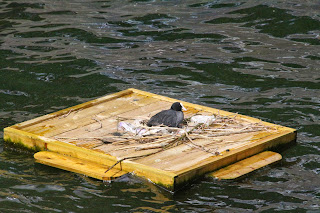 Walking back down Greenland Dock I passed a set of photographers apparently gathered with their gear.  According the staff at the Moby Dick pub they were taking pics for a brochure for the new development over the road.  Very dull!  I was expecting something far more exciting when I saw them there :-).