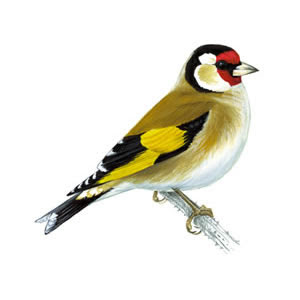 I am in north Wales at the moment for my birthday, hence the lack of photographs from SE16, but I noticed that the results of this year's RSPB Garden Birdwatch have been released to the public, so I thought that I'd add a short gap filler before I return home next week.
The Garden Birdwatch attracted a record of 552,000 for the Birdwatch, which took place in January, and recorded 8.5 million birds of 73 species.

The Guardian has covered various aspects of the Garden Birdwatch with stories throughout the year to date, and last week, on 25th March 2009, reported that the "The long-tailed tit has emerged as the surprise success story of the RSPB's Big Garden Birdwatch, its annual garden bird-counting survey. The RSPB believes that the tiny bird's rapid growth in numbers is due to a run of mild UK winters." Goldfinches have also risen in terms of numbers observed.

Sadly there are losers as well as winners: "House sparrow numbers have fallen by 63% since the first survey, and starling numbers have dropped by 79%."

The results of the Birdwatch are tabulated here by the Guardian, in order of most numerous to least numerous, or the same results can be downloaded in PDF format from the RSPB's website (61KB) here.

The Top 10 are shown on the RSPB's website here.

One of the really conspicuous aspects of the bird life in Stave Hill Ecological Park are the sheer numbers of goldfinches and Great Tits, and the remarkably few numbers of any types of sparrow. We are doing well for robins too, and starling numbers seem to be quite healthy.