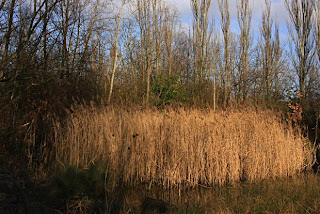 My father and I went to inspect the park on a particuarly cold day, but the sun was shining and we were lucky enough to see the kingfishers at the Downtown Pond, although they were moving far too quickly for me to capture them on film. We also saw a rather lovely heron at Globe Pond. A banging sound from a bird box revealed a great-tit, who had apparently been inspecting the interior for potential accomodation. The views from Stave Hill were good, as usual.
Later on, feeding a friend's cat in Tavistock Tower, I stood and watched the aquatic birds on Greenland Dock - more seagulls than I can remember being here in previous years, great crested grebes and the usual plethora of mallards and coots. 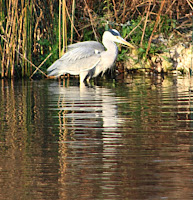 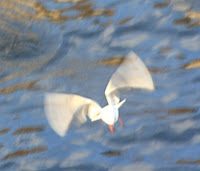 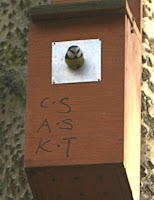