More from Sunday 10th May

As well as the more obvious floral effusions there are tiny little contributions which hide in the grass and often need to be looked for. Tiny vetches, speedwells and birds foot trefoils can be found throughout the ecological park and in parts of the open areas in the woodland.

There aren't many birds to be seen - far too busy feeding their offspring, I assume. I stood and listened to one of the bird boxes where a cacophony of noise made it very clear that a family had made their home there. The noise level rose to even greater levels when a Great Tit flew in and seconds later flew out again, obviously having left its food offering.

The damselflies at the Downtown Pond were great to see. One of them, a female Azure (shown below), appears in neither of my insect books and I found it online on the British Dragonfly Society website, where it says that this colouring is characteristic of the newly emerged insect. If you want to see what local insects are around in this area, the best resource is easily Les Butler's Walks With My Camera which is attracting quite a following. 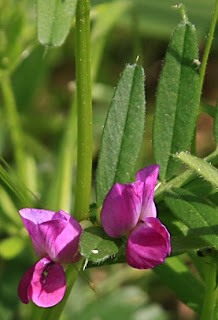 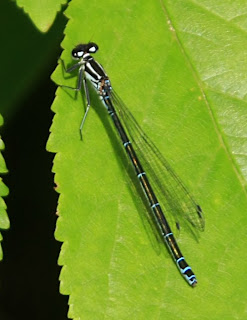 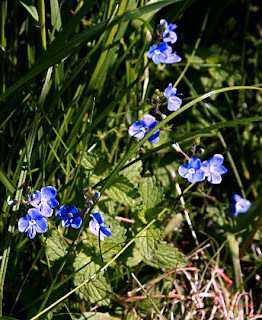 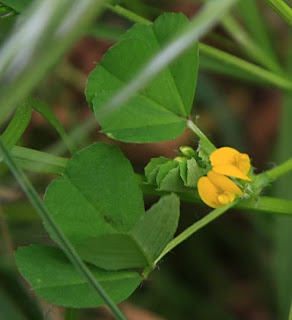 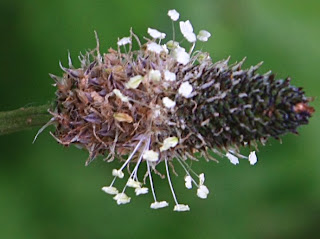 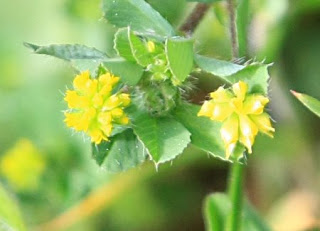 Still trying to find this one.

Hi Andie, Your plant pics and id's are so helpful - I'm useless with them, usually. Thanks for the mention! My visit today was really good.