HMS Tartar, built in Rotherhithe by John Randall in 1756

Built in Rotherhithe in 1756 by John Randall at Nelson Dock (Cuckold's Point), HMS Tartar was the second Royal Navy ship to bear the name.  She was a sixth-rate 28-gun frigate.  She was based, with alternations, on the design for the 1748 HMS Lyme by former shipwright, the naval architect and Surveyor of the Navy Sir Thomas Slade.

Hundreds of ships were built for the Navy in Rotherhithe.  Whilst the Royal dockyards built the expensive first- and second-rate ships of the line, lower specification ships were often sub-contracted to private yards.  The hull and its interior fittings were the job of the sub-contractor and ships were usually taken elsewhere to be fitted with masts and rigging and, at another location, with armaments.

John Randall was one of the biggest names in Rotherhithe ship-building.  Tartar was ordered when he had only just established himself at Nelson Dock but he also leased shipyards at Greenland Dock.  He later went into business as Randall, Grey and Brent and later Randall and Brent,  but at this time he is listed simply as John Randall Esq.  HMS Tartar was one of his smaller commissions - in 1761 he was contracted to build the Suffolk, a 74-gun ship of the sort that were to become the Navy's core.  Unfortunately almost nothing is known about John Randall or his son, also John.  The shipyard, the more recent remains of which are still visible in the carparks of the Hilton Hotel, is also quite poorly recorded at this time.  A map of 1746 shows one wet dock on the site, and by 1813 a second had been added alongside, but it is not known what the site looked like in 1756, when Tartar was launched.

The frigate HMS Tartar was build along the same lines of the earlier Lyme with alternations to improve stowage of men and the carriage of guns.  Tartar was originally planned as at 24-gun ship but four guns were added. Just over 587 tons (he average tonnage of a 28-gun frigate was 600 tons), she was 117ft 10in long and 33ft 9in wide.  On her upper deck she carried twenty four 9-pounder guns and on her quarter deck four 3-pounders.  She also carried 12 swivel guns.   She could carry up to 180 men.  Originally commissioned to serve in the Channel and the Bay of Biscay, she went on to serve for 41 years in various parts of the globe.

Frigates had been in use in the Royal Navy since the mid 1600s.  The term was applied to a variety of designs but the role of the frigate was always the same - to move at speed, with sufficient firepower to defend herself and cause problems for others, but not as well armed as much slower but larger warships.  They were classed as fifth or sixth rate ships, depending on the number of guns they carried.  Frigates were used as scouts for the main fleet, and in battle they would assist disabled ships and take command of captured ships.  She could also take on ships of comparative size and firepower.  Independently, they were sent to foreign seas to capture pirates and foreign privateers in order to protect British commerce.  The 28-gun ships were phased out during the early 19th century - in 1794 there were 22 of them but by 1814 there were none remaining in service.

The ship's first commander was Captain Lockhart, who used her to take out a number of privateers.  In 1756, still under Lockhart, she served in the Seven Year's War under a number of different captains. The Seven Years War lasted from 1756 to 1763 and has passed into history as one of Britain's naval triumphs.  Although its geographical reach was considerable, from America to India, it was mainly about power struggles and mercantile conflict amongst Europe's dominant countries. It was considered to be a massive success for Britain, which gained numerous territories in the Treaty Of Paris.  Tartar was paid off after 1763, undergoing survey and a refit, during which the ship's bottom was re-coppered, after which she sailed to Jamaica in 1764 to Barbados under Captain Sir John Lindsay. 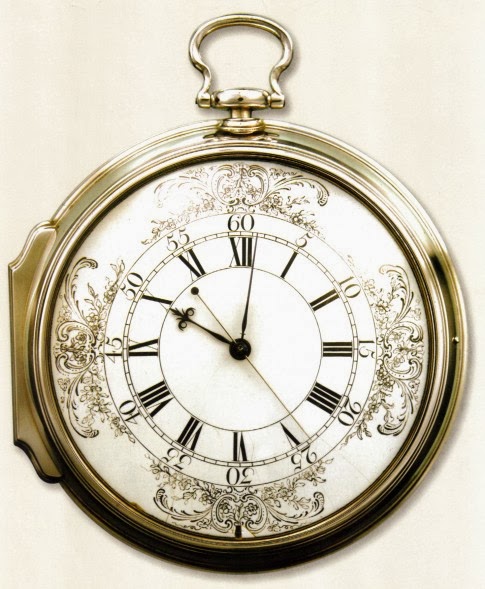 The trip to Barbados was a scientific experiment that was of considerable importance to the Navy.  On board was William Harrison together with the H4 marine chronometer designed by his father, John Harrison.  Parliament had set up the Board of Longitude to offer a prize to anyone able to find a solution to the task of determining longitude at sea.  The first trans-atlantic voyage had been a success but the Board wanted further trials, so the trip to Barbados was undertaken.  It was hoped that the chronometer carried by Harrison would be sufficiently accurate to determine longitude.  Tartar arrived in May 1764 and Harrison returned back in England in July of the same year.  On arrival back in England the chronometer was found to be only 15 seconds slow and had been successfully used to determine longitude with great accuracy.  However, the Board dragged their heels in making payment and the full prize was never awarded to John and William Harrision.


Tartar was paid off, refitted and recommissioned many times.  She was sent to the Falklands dispute in 1770 and took part in attacks on American during the American Revolutionary War.  In Portugal in 1779 her captain captured the Spanish 28-gun Santa Margarita.  In 1781 she was at the Battle of Dogger Bank and in 1782 she sailed for Jamaica and America.  By 1793 she was in the Mediterranean but in 1796 was back in Jamaica.  She took many privateers during her career.

HMS Tartar was eventually wrecked off San Domingo in 1797, by then 41 years old.