Book: "On The River: Memories of a Working River" 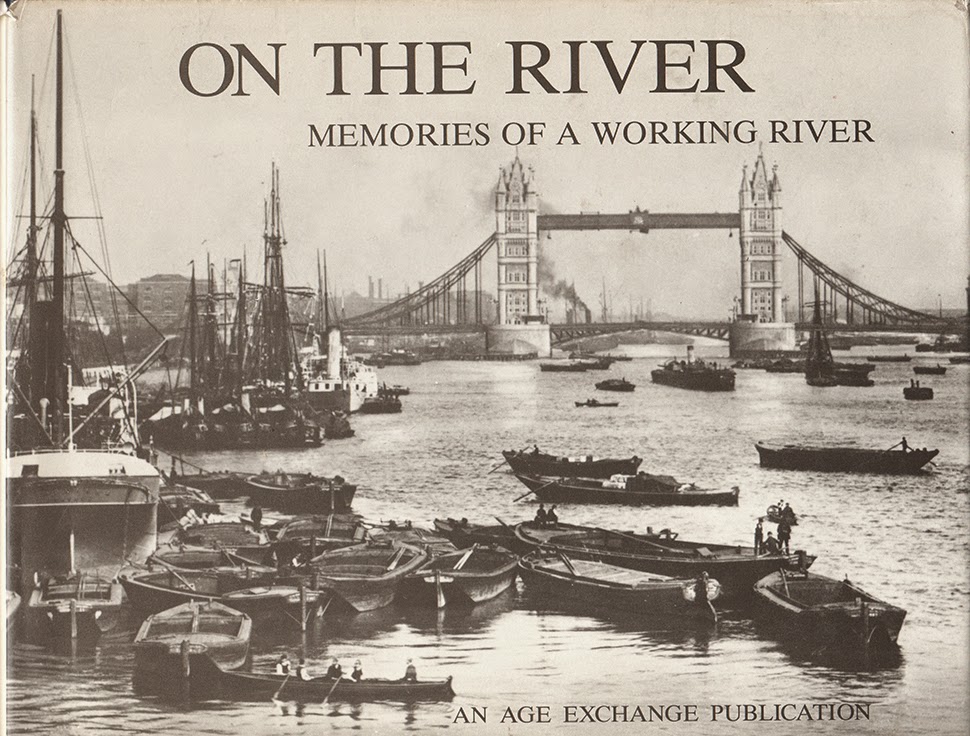 Enormous thanks to Alfie Read for lending this book to me.  It was he who loaned me Between Bridgers, and has plenty of terrific stories of his own.  On The River was published in 1989, on the centenary of the Dockers' Tanner Strike of 1889.  It covers all of the docks and the main channel of the river.  Fascinatingly it began as a piece of Reminiscence Theatre that used the words of the contributors and the songs they remembered to assemble a touring show.

It begins with  a short Preface by Pam Schweitzer, one of the book's editors, and an Introduction by Ron Todd, the then General Secreatary of the Transport and General Workers' Union.  These are followed by some reflection son the Dockers' tanner Strike by Jack Jones.  But this book is not about political, commercial or industrial history.  It is social history, because this is a book of stories by people who lived on the river, worked in the docks and lived the lives that the river provided for them.  There are a series of chapters, each divided into a whole series of short themes. 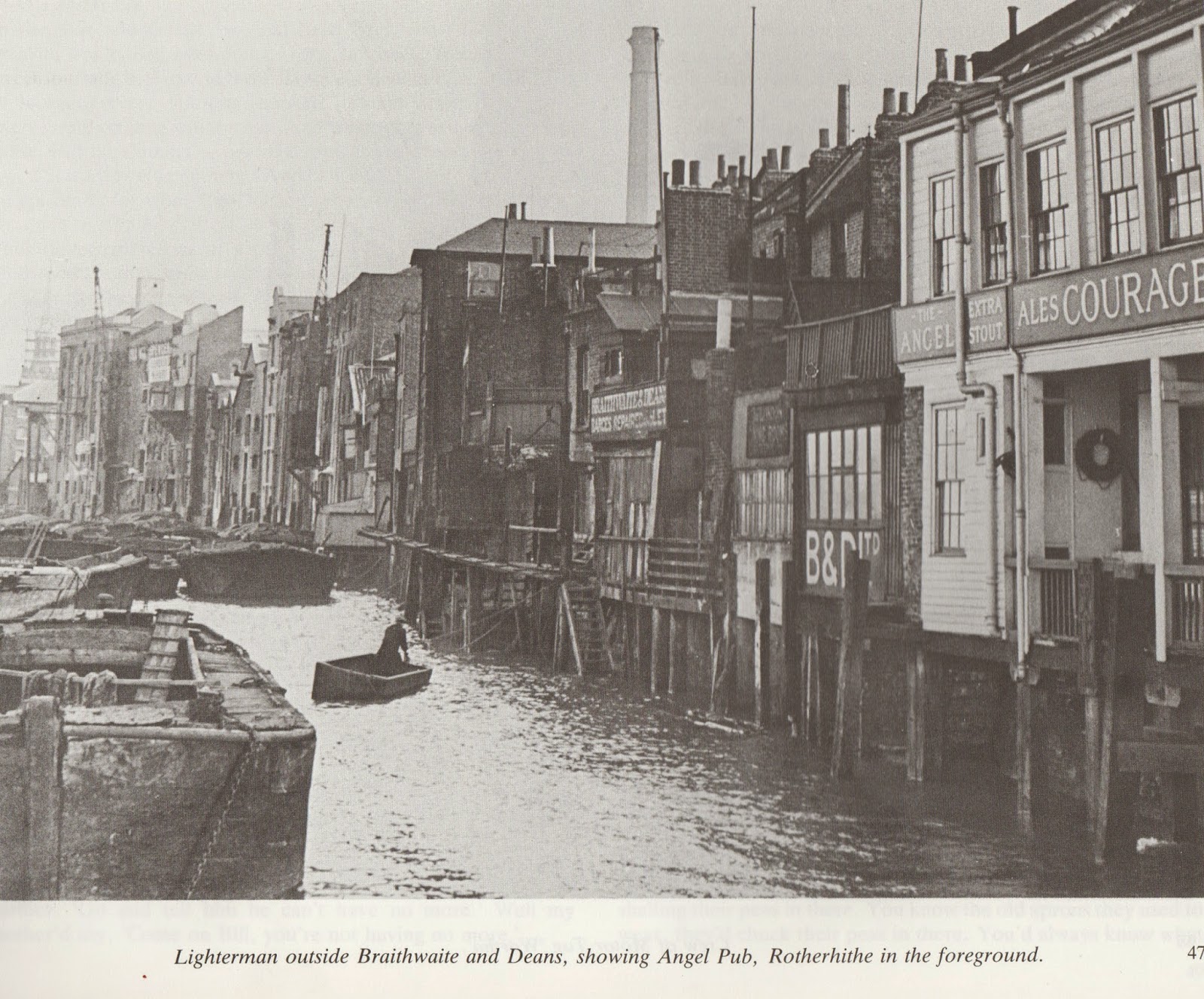 There are some terrific photographs of the river and the docks throughout, but the stories are what makes this come to life.  I'll give just a couple of examples, local ones.

This was written by Bill Lindley in the chapter "A Child's Eye View of the River," under the theme "Swimmers and the River Police:"


I've swum across to Wapping from Rotherhithe when I was twelve. You'd do it with a couple of your mates for a dare.  We used to go from Platform Wharf.  You'd wait for high water.  Couldn't do it if it wasn't high water.  We used to have to do it when there was no what they call 'Four Beetles and a Log' around - that was the coppers.  They used to call them 'Four Beetles and a Log' because they used to be in these long black boats you know.  And you had to watch them because Wapping police station was over there.  They'd drag you out of the water and give you a walloping.


In the chapter "Disasters on the River," Flo Lindley wrote about The Blitz:


Three o'clock in the afternoon, Jerry lit up the place.  He set fire to Surrey Docks. Again at five o'clock.  And then he came back at seven.  Luckily one bridge remained open.  Otherwise we would have lost everybody there.  That night I had a carrier bag with a blanket and two children in my arms and my mother and father with me.  I was going to the pub, and the police said to me, 'Don't go.'  They turned me back and I said, 'Why?' And of course, being inquisitive I went, didn't I?  I went and had a look.  And he'd bombed it, the pub, and the church, and the shop.  The first daylight raid we had.


In the chapter "Lightermen" Frances Amelia Edwards writes about an incident with a coal barge in the Surrey Docks in 1954:


My husband Harry was working on the coal barges.  What happened one day was that there were six coal barges they were working on.  They'd got five of these away, but they couldn't get the other one out as the tide was too high and they had to cut the rope because they couldn't get out to it.  They left it, and they went and had a drink and a rest, and when they came back, the whole barge had got fixed inn between the dock piers.  People came from all over the place to have a look at it.  They had to wait till high tide to release the barge again.  There was a court of enquiry and they nearly lost their jobs, but the company was very short-staffed so they kept them on.  that was in the Surrey Docks in 1954. 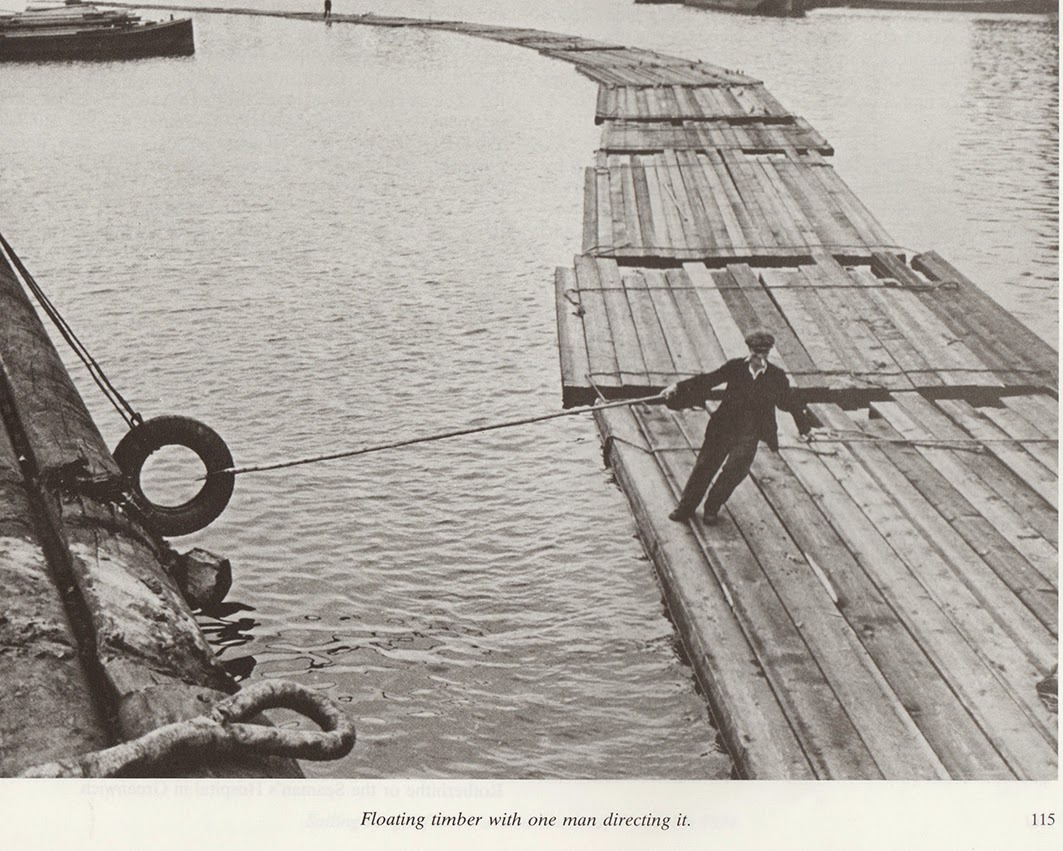 The amazing generosity of the people who contributed to this book has made it an absolute classic, if you are interested in local history as it was actually lived.  In case people reading this post are interested, those contributors who are listed as living in Rotherhithe and Surrey Docks are:  Harry Brown, Fed Coombs, Nell Coombs, Morry Foley, Bill Lindley, Flo Lindley, Jimmy Newcombe, Lil Newcombe, Bill Wardell but there are contributors from all over the area, including Deptford, Greenwich, Blackheath, Limehouse, the Isle of Docs, Charlton, Stepney, Woolwich, Canning Town, Silvertown, Poplar etc.

There's no table of contents or index, so it's a matter of enjoying it in the order in which it is delivered, rather than flipping to the pages that might interest you most.  That suits me just fine, as the stories are all so fascinating.  Although it's about the Port of London as a whole, there's enough about Rotherhithe to keep me going for a very long time, and my recent Downtown post is going to need a major update, as are several others!

It's a wonderful book, and I've just ordered a second-hand copy of it.  So sad when books like this go out of print but thank goodness for online sources of second-hand books.

On The River. Memories of a Working River.
Edited by Pam Schweitzer and Charles Wegner
An Age Exchange Publication
ISBN 0947860096