In the early 1800s timber imports began to increase substantially, leading to a requirement for more timber-handling facilities.  There was plenty of land behind Norway Dock (today's "The Lakes" development) and in 1811 No.3 pond was built, directly to the north of Norway Dock to which it was connected by a small cut, and later named Lady Dock.  Lavender Pond was the third in the succession of timber ponds that were added, each connected to its predecessor by  a cut - No.4 in 1812 (which later became Acorn Pond), No. 5  by 1827 (renamed Lavender Pond in 1864) and finally, much later, the small No. 6 pond by the 1861 (Globe Pond).

The building of Lady Dock had to accommodate Commercial Dock Road (now Redriff Road), which passed over the cut between Norway Dock and Lady Dock.  The other cuts were crossed by foot bridges.  See the maps of 1876 and 1914 at the bottom of the page.

Like its neighbours, the purpose of Lavender Pond was to float timber.  The floating of timber was a very efficient form of storage.  The timber, already cut into shape, was organized into rafts, which was moved by skilled rafters and could be maneuvered in that form out onto the Thames (see photograph at the top of the page).

The Commercial Dock Company had planned for a new lock entrance to this part of their system, near the apex of Rotherhithe as a second access point for large ships so that they did not have to negotiate Greenland and Norway Docks to access the inner docks.  They obtained an Act of Parliament in order to carry out the works in 1860.  Although the lock that opened in 1862 and opened into Lavender Dock was designed for small rivercraft, it was sufficiently large to handle larger vessels as well (320ft long, 34ft wide and 18.5ft deep).   Although it ceased to be functional in the late 1920s its foreshortened remains are still in situ, visible from the Thames Path and Rotherhithe Street.

In 1864 the Commercial Dock Company, which occupied the top half of Rotherhithe, was ammalgamated with their competitors the Grand Surrey Docks and Canal Company, which occupied the lower half of Rotherhithe and included the Grand Surrey Canal.  The combined company was named the Surrey Commercial Dock Company, and links between the two systems were created and it was at this time that the docks and ponds were renamed.

Water-loss was an ongoing problem in the docks.  Stuart Rankin writes that up to 2ft could be lost from seepage, through the use of locks and leaking lock gates and evaporation between tides.  An LDDC document says that as much as 4ft could be lost during neap tides (when high tides are at their lowest).  In order to maintain levels a decision was made to build a pumping station the purpose of which was to pump water from the river to maintain dock levels. In 1928/29 the Lavender pumping station was built to a design by the Port of London Authority, which had taken over responsibility for all the London docks in 1908.  Lavender Lock was closed at the same time, again to reduce water loss, although it was not removed and remains in situ today. 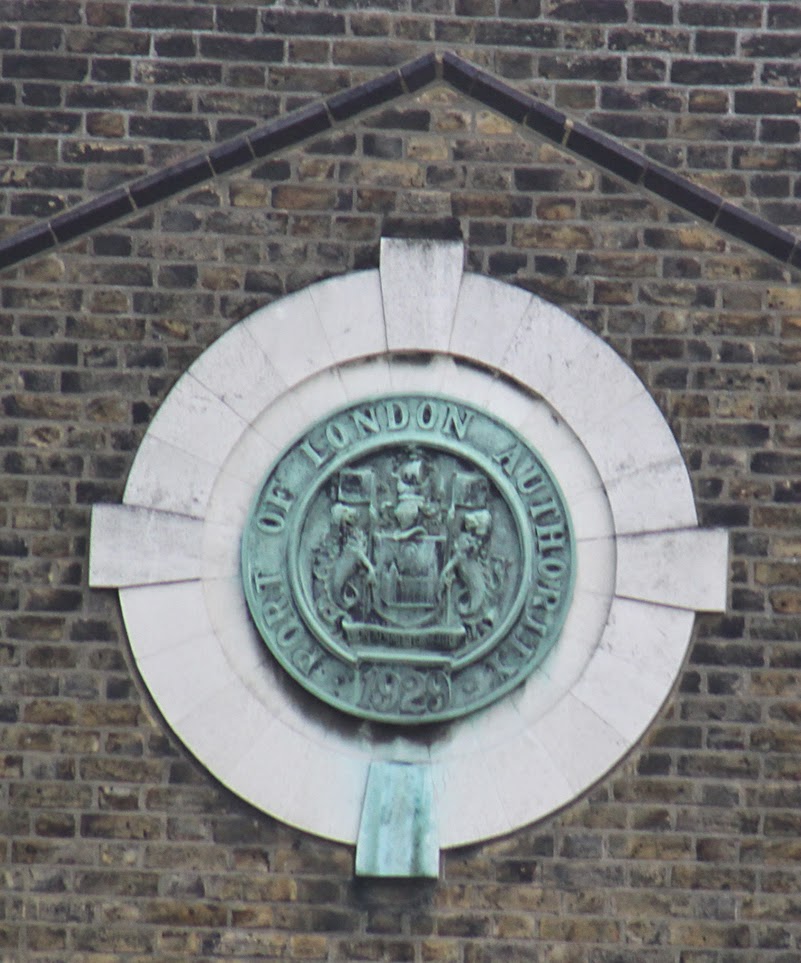 The Lavender Dock Pumphouse was built over the infilled inland end of the sealed off lock (SE16 5DZ), and was separted from the Thames-side section of the lock that remained by a draw bridge that allowed traffic to cross Rotherhithe Street.  It was made of the ubiquitous yellow brick known as "London stock" and was provided with a round ornamental oculus window in the tympanium at one end, the PLA logo in the circular window frame at the other end, and big rectangular windows with gauged arches inset into rectuanguar recesses.   The sills beneath the window recesses were made of a charcoal-coloured brick that was much-used in this area.  It was an impounding pump station, a design that had already been tried and tested in other docks in London, as early as 1828.   Its pumps were driven by electricity.

By 1932 Acorn and Lavender Ponds had been deepened to serve as docks and were provided with timber sheds.  The increasing popularity of plywood over deal boards meant that new storage facilities were requried.  Plywood is an artificially assembled composite made of thin sheets of wood veneer that were glued together;  they would have delaminated if exposed to water.

When the docks closed in 1969 the station was closed, but one of the pumps was moved to the Brunel Museum where it is still preserved. The rest of the machinery went for scrap. The Pumphouse was renovated in 1981 by The London Docklands Development Corporation (LDDC) at the cost of £270,000, preserving some of the water as a large pond, and creating a small but attractive wetland and woodland wildlife zone of 2.5 acres (now maintained by The Conservation Volunteers, which was formerly the Trust For Urban Ecology). Lavender Pond received a Green Flag Community Award in 2012, and it continues to be supported by the volunteers of the Friends of Lavender Pond.

In 1988 the Pumphouse became a museum, the Lavender Dock Pumpuhouse Education Museum.  The museum was divided into three parts, with one section dedicated to local history, the Rotherhithe Heritage Museum.  Although it was awarded a Southwark Civic Award for its work in both 2002 and 2003, the museum was closed by Southwark Council in 2011.  There is a post by councillor Lisa Rajan on her blog about the closure.  The Pumphouse Educational Trust was was awarded a Blue Plaque in 2011, which was unveiled on June 12th of that year.  It has since been used as a storage facility by a local business.  It is a charming building, unique to Rotherhithe, which fortuitously survived the Second World War bombings that destroyed so much of Rotherhithe's heritage. 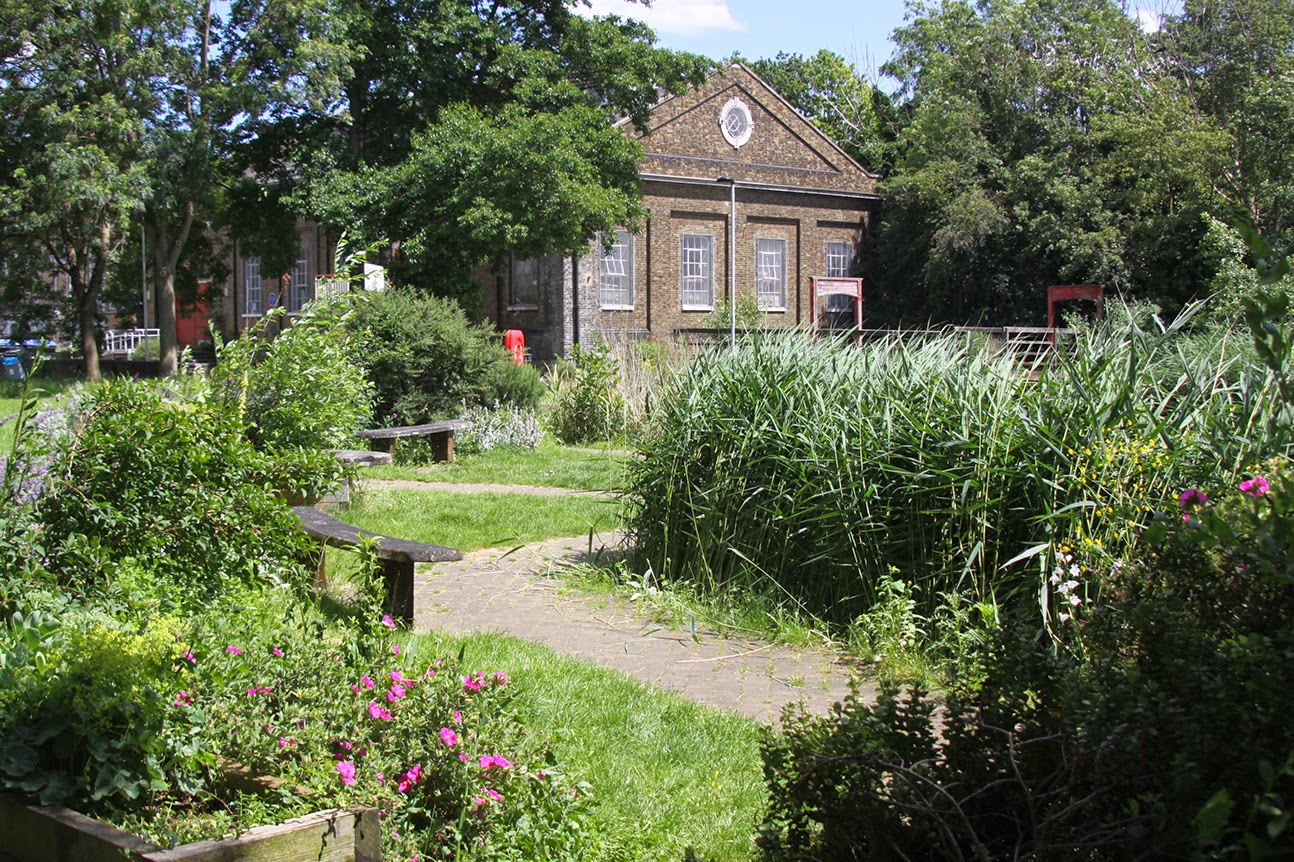 Although the land around the Pumphouse was classified as a Local Nature Reserve (LNR) in 2005, and is on Public Open Land, the Lavender Pumphouse is worryingly not listed, and must therefore considered to be under potential threat from development.   The terms of the land as a Local Nature Reserve does not preserve either the building or the land from planning projects, as this statement from a Southwark Council website makes clear: "A LNR does not enjoy immunity from possible future development or planning ‘applications’. However, as the Lavender Pond site is Council owned, it is unlikely that there will be any applications forthcoming for alternative uses in the foreseeable future. The site is already designated as Metropolitan Open Land, under the new Unitary Development Plan.  Should there be any planning applications in the Future; and the LNR designation agreed.  Members would have to take into account the LNR designation as a material factor."

The Heritage Museum collection is now held by Redriff School, and visits can be arranged in the evening by prior appointment only but may be subject to change if the premises are required for school activities. 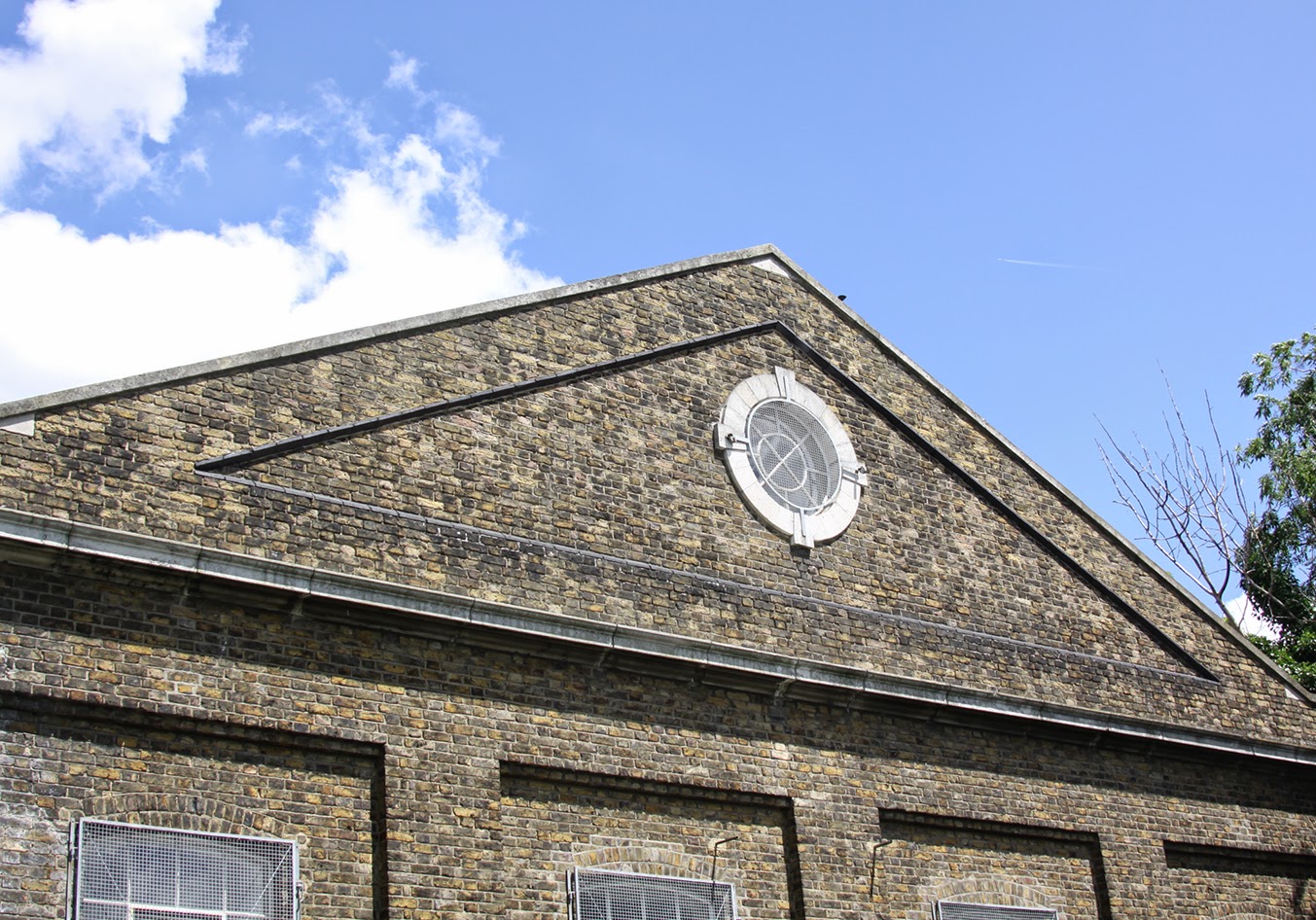 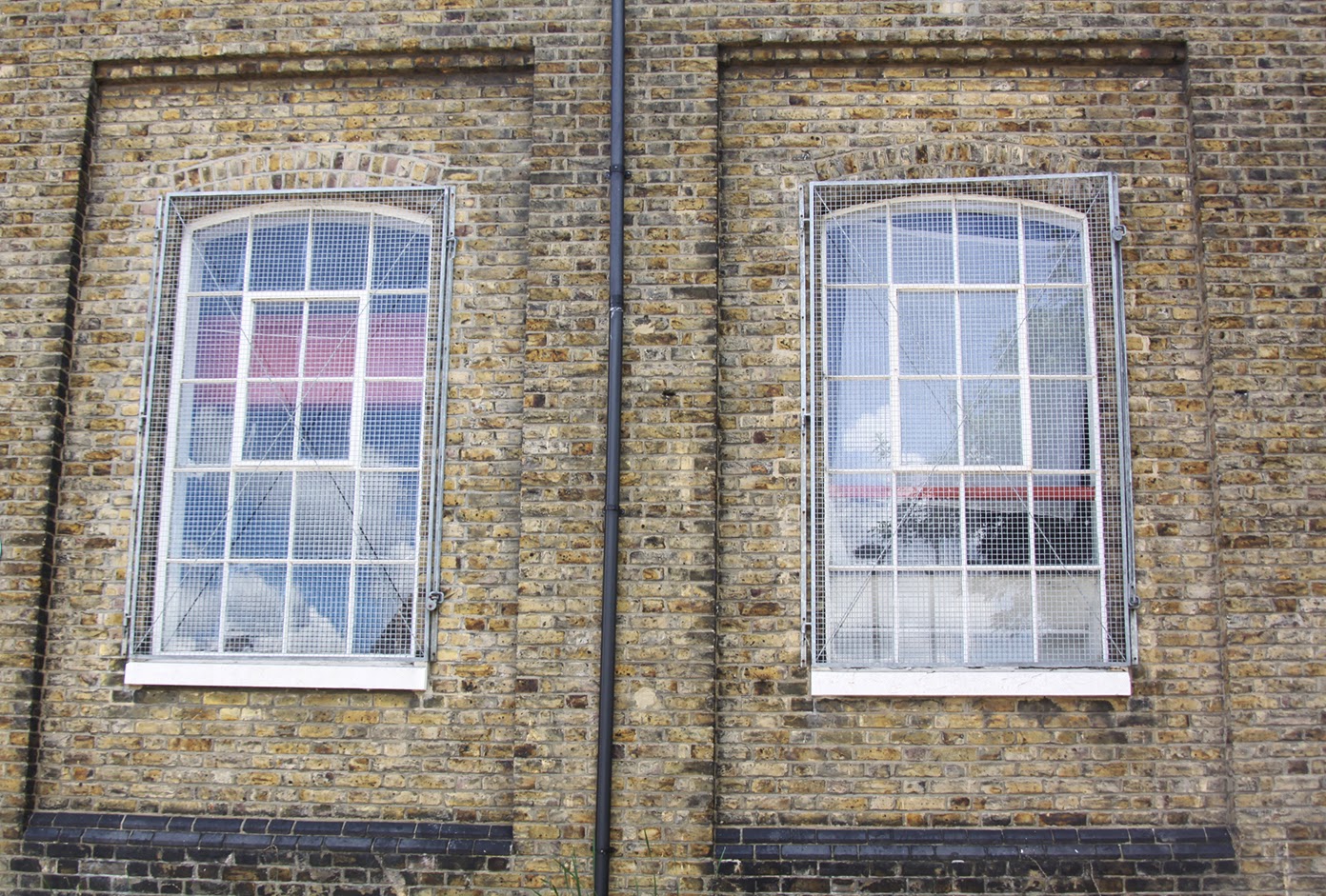 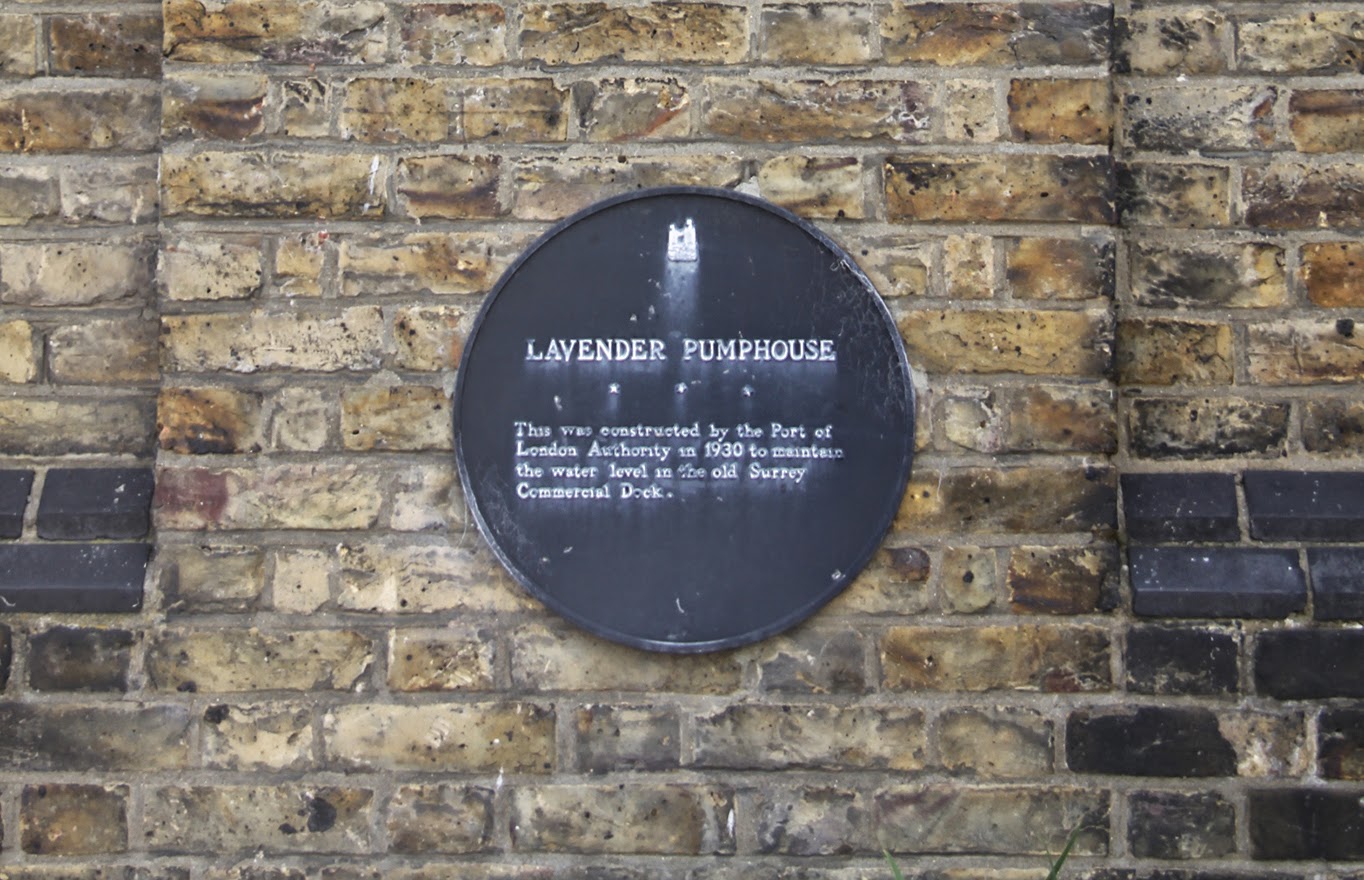 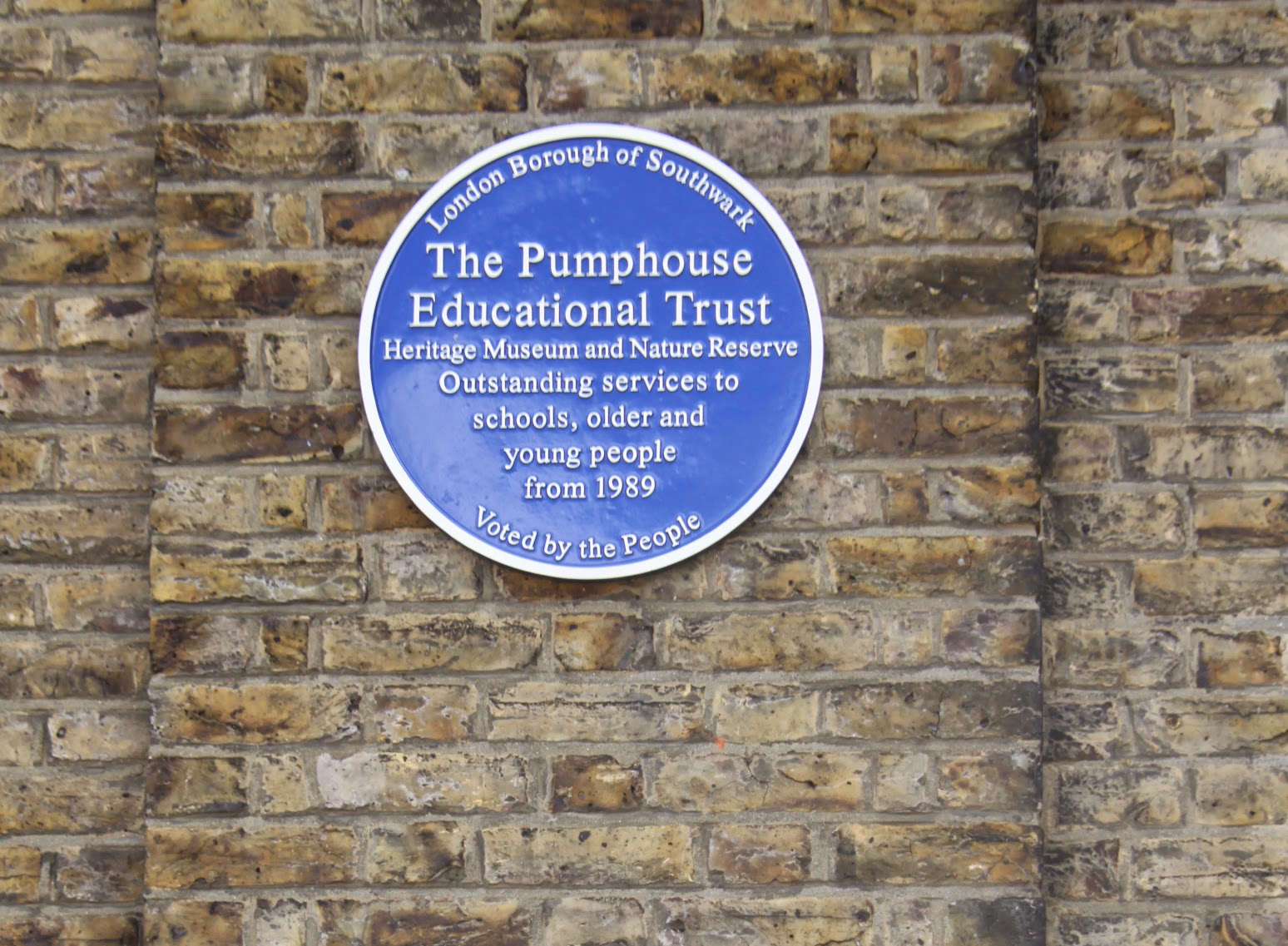